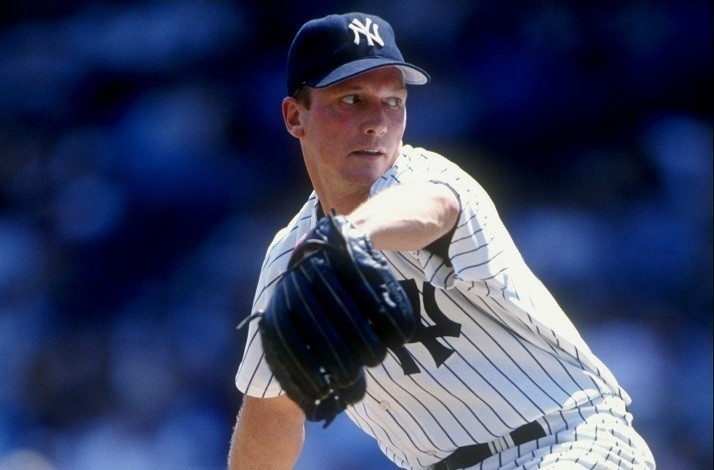 The five-time World Series winner took over Mastercard’s Twitter handle to answer 27 questions—one for each batter he retired during his 1999 perfect game. Check out the recording of this unique livestream event to hear his thoughts on the milestone, along with his go-to gameday meals, favorite Yankee Stadium tradition and much more.

New York Yankees™ pitching legend David Cone paid tribute to his 1999 perfect game by answering 27 baseball questions—one for each batter retired—during an interactive livestream. Hosted on Mastercard’s Twitter channel, “27 Up and 27 Down” gave fans around the world a rare opportunity to get inside the mind of one of the greatest pitchers the game has ever seen.

Cone was joined by longtime baseball writer and analyst Jack Curry, who asked his own questions along with those submitted by fans. The result is a fascinating, candid conversation touching on his early days in the sport, his career highlights, and the challenges of becoming a broadcaster after being an elite ballplayer.

Select answers are below. Check out the video for the full, nine-inning Q&A.

Jack Curry: What was your pregame routine?

David Cone: My pregame routine was just to find a quiet spot in the clubhouse so I could clear my mind a little bit after all the scouting meetings, going over pros and cons and strengths and weaknesses. I wanted a place to simplify and be quiet about an hour before a game.

What was it like in the bullpen on days you pitched?

A lot of times pitchers want to find out if they have their good fastball that day, so they try to get to maximum effort and gauge if they have good stuff. I was the opposite. I wanted to make sure I hit my spots and worried about location first before I went to maximum effort. For a pitcher, it can change from start to start, day to day. I really had my A-game stuff probably 25 to 30 percent of the time, so location to me was more important.

What was your go-to pitch when you really needed a swing and a miss?

How did you learn to throw your slider?

I learned it while playing Wiffle ball in the backyard. I was 12 years old in 1975, and that was the year that Luis Tiant was in the World Series pitching for the Red Sox against Cincinnati. He threw sidearm sliders and I went out in the backyard and tried to emulate that. Getting the Wiffle ball in my hand and learning how to make it curve. Learning how to make a ball move.

It was (Yankee manager) Joe Torre’s birthday. The further I get removed from my perfect game, the more I appreciate that day and what it did for my career, and how people still remember that they saw that game, or have a ticket stub from that game. I’m more thankful with each passing year that I have a signature moment that means so much to me.

What was swimming through your mind as you were pitching that day?

I was 36 years old anwas probably the last opportunity I was going to have to be in that position. I knew I had a chance to make a mark in history. I had seen David Wells do it the year before. I had met Don Larsen, wd I knew it ho was in the ballpark that day to throw out the first pitch. It was Yogi Berra day. From a historical perspective, I understood exactly what was going on.

You told me a story of a little meeting you had with yourself in front of the mirror before the ninth inning. Can you reflect on what you did?

Baseball players are so superstitious that nobody would talk to me. So I had to go and talk to myself in the mirror before I took the mound in the ninth inning. I changed my undershirt, it was a hot day. Then I looked in the mirror and proceeded to talk to myself out loud. If you had seen it, you’d probably think I was losing my mind. It was a constant battle between thoughts like, “you can do this,” competing with “don’t blow it, you’re going to blow it, this is the last chance you’ll ever have.” There were these dueling banjos of negative and positive thinking going on, and I was trying to will myself into three more outs. “Three more outs, three more outs is all you need.”

What was your go-to meal as a player? Something you had to have before games?

I used to love pancakes. I was certainly looking for more carbs in those days. It would be pasta before a night game and pancakes before a day game.

What was your favorite Yankee Stadium tradition?

When the grounds crews would drop the brooms and do the YMCA dance moves. The crowd loved that. I’d see kids in the stands doing the moves. It was remarkable to see a grounds crew start performing like a Broadway act in the middle of a baseball game.