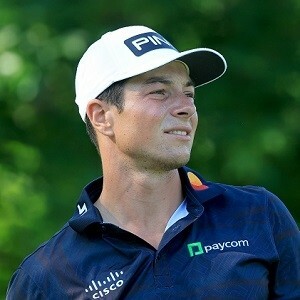 Viktor Hovland is a fast rising star on the PGA TOUR, with six professional victories in his four years since turning pro. Hovland became the first Norwegian to win a PGA TOUR event with his victory at the 2020 Puerto Rico Open, and has since gone on to win five more times since then. He also played in the 2020 Ryder Cup as a member of Team Europe. Prior to turning professional, Hovland attended Oklahoma State University, during which time he won the 2018 U.S. Amateur and earned an invite to the 2019 Masters Tournament where he finished as the low amateur.