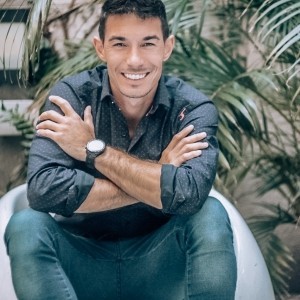 Agustín Neglia (37) is one of the most beloved new faces on Argentine television. Protagonist of international shows such as: All Inclusive, And why not only ?, Routed, Selfie Mode and Foodie Mode, Agustín has been conducting TV programs for 10 years. Last summer, and for the second consecutive year, he hosted Modo Noche, a live daily late night, in prime time on the Argentine air channel "América". During August 2020 he was host of Animal Planet Latin America of the Discovery signal, for the Dogtv channel. Nominated as Best Driver by Martin Fierro Federal, and winner of the Martin Fierro with his entertainment program, "La Casa Real".