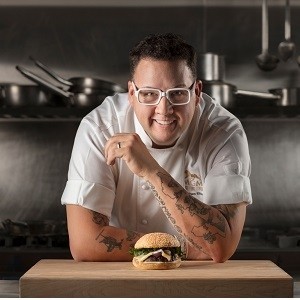 ...an award winning chef, restaurateur, television personality and cookbook author.  Elliot, a self-proclaimed "Navy brat" who has traveled the world and all fifty US states, has accrued many prestigious accolades including multiple James Beard Foundation Nominations. At age 27, Elliot became the youngest four-star chef to be named in any major U.S. city and was named one of Food & Wine magazine’s “Best New Chefs” in 2004. In May of 2008, Elliot opened his eponymous restaurant, Graham Elliot, which went on to become one of only 15 restaurants in the U.S. to be awarded two Michelin stars.

“Food to me, in one word, is ‘creativity’ or ‘expression.’ It’s simply, ‘This is who I am at this point in time, and this is what I want to cook for you.”

In 2016 after 10 seasons with the MasterChef & MasterChef Jr. franchise, Chef Elliot left the show to join Bravo’s Emmy Award winning hit cooking competitions, Top Chef as a full time judge alongside Tom Colicchio, Padma Lakshmi, and Gail Simmons. Graham is also the host and star of Bravo’s digital series, “Going Off the Menu.”

As a life-long baseball enthusiast, Major League Baseball has recently tapped him to be the host of their MLB Grub Tour as well as their Culinary Correspondent. Elliot, an avid music lover and guitarist in his own right, is also Culinary Director of the Lollapalooza music festival, an honor he’s held for the past decade.

As of February 2018, Elliot launched his first restaurant project in Asia, Coast at MGM Cotai. In 2013, Graham decide to make a life change and focus on his health and family, and to date, has lost an amazing 150 pounds (starting at 400 and now down to 250). Since then he has run a marathon and continued to keep the weight off so that he can spend more quality time with his wife Allie and his three boys, Mylo, Conrad and Jedediah. 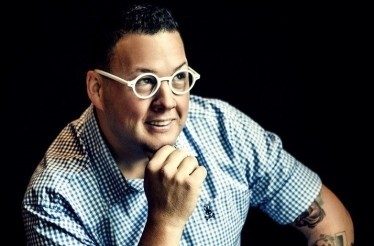