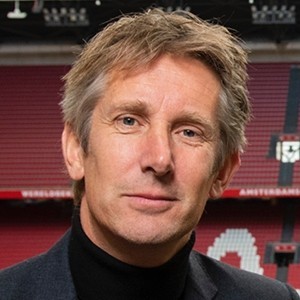 Edwin van der Sar is a Dutch former professional footballer who played as a goalkeeper. During his stellar career he played for AFC Ajax, Juventus F.C., Fulham F.C., and Manchester United F.C., winning 26 major trophies and several individual awards such as UEFA Club Goalkeeper of the Year in 2009. He is the second most capped player in the Netherlands national team's history. Van der Sar is considered by critics and fellow players as one of the best goalkeepers of all time. Van der Sar also set numerous records in his career with his remarkable longevity. To this day, he is also the oldest player to play in a UEFA Champions League Final, at 40 years and 211 days old. Currently working as the chief executive officer at AFC Ajax – the surprise team of last season’s UEFA Champions League.