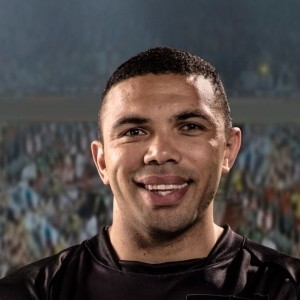 Bryan Habana is an International Rugby legend, who was part of a South African team that won the 2007 Rugby World Cup, and was named the 2007 IRB Player of the Year. He shares the record of 15 tries in World Cups history, and is in second place among all time test try scorers in the world.

In the Priceless Questions series, Bryan will interview other sports & entertainment legends and other Mastercard brand ambassadors, asking the burning questions that fans are on every fans' minds. Mastercard cardholders are able to send their questions to Bryan via Priceless.com and he will include them in his interviews.