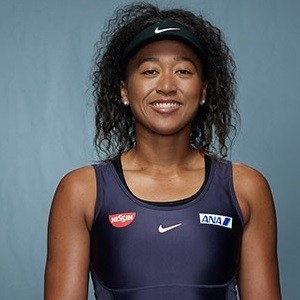 Naomi Osaka is one of the most explosive and influential tennis players of all-time. She is the first Asian player to hold the No.1 ranking in singles and the first Japanese player to win a Grand Slam. Her extraordinary tennis triumphs combined with her off-court success makes her tennis’ biggest cover star, most notably seen on the covers of Vogue, Allure, GQ, Time, and ESPN.

In 2013, Osaka entered the WTA professional circuit as a rising star quickly gaining fans and media attention through her powerful serve and strong forehand. Soon thereafter in January 2016, Osaka qualified to enter her first Grand Slam, progressing into the third round. That year, Osaka won “Newcomer of the Year” at the 2016 WTA Awards. Four years later, Naomi has won 4 Grand Slams to date and has become a household name and sports sensation. She has been featured in Teen Vogue, Vogue, Yahoo Sports, Vogue India, The Los Angeles Times, The NY Times, and ESPN. She has appeared on talks shows like Ellen, CBS This Morning, TODAY Show, and GMA.

It is not often that an athlete has a year, both on and off the court, as incredible as the year Naomi Osaka had in 2020. Due to her performance on the court and social activism, Naomi Osaka was named AP Female Athlete of the Year, 2020 Sportsperson of the Year by Sports Illustrated, Forbes Person of the Year in Sports, and a TIMES 100 Most Influential People of 2020.

According to Forbes, she is also one of the world’s 100 highest-paid athletes, with numerous blue-chip partnerships including Mastercard, Nike, Tag Heuer, AirBnB, and Louis Vuitton.

Naomi is the proud daughter of a Haitian father and Japanese mother and was born in Osaka, Japan but moved to the United States with her family at the age of 3. 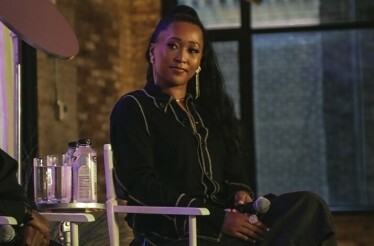 Naomi Osaka, Alex Scott, and others join a panel discussion on time and transformation