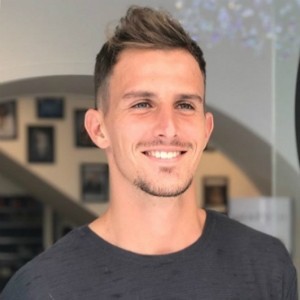 Daniele Cattaneo began as a tennis player but started playing padel four years ago. Since 2016, he has been one of the representatives of the Italian team and has taken part in the 2016 World Championship in Cascais and in the European Competition in 2017. During this last competition, he proved to be fundamental for the team and scored the point which led Italy to third place worldwide. In 2017, he made his debut on the World Padel Tour and became the first Italian to win a match in the competition. In 2018, he won the Absolute Championship in Italy and was chosen as the Italian representative for the first edition of the Nijmegen's Padel Nations Cup.