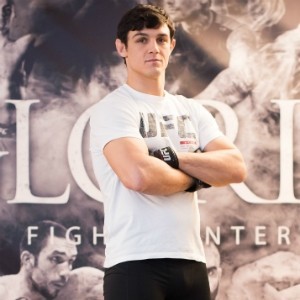 Alessio Di Chirico was born in Rome on December the 12th 1989 and now, after years of sacrifices and sweat, he has become the most shining Italian promise in the world of Mixed Martial Arts. His debut as a professional was on the 9th of December 2011, when he defeated Mohamed Anoir during the event Ronin FC 1. In 2014, in Las Vegas he became world champion in IMMAF. His debut in UFC was on April the 10th 2016, during the ‘UFC Fight Night 86’ in Zagabria, Croazia.