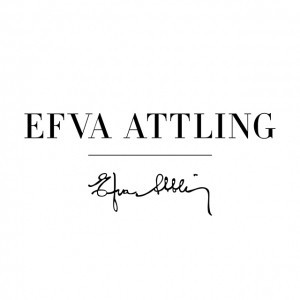 Efva Attling is one of Sweden's most famous jewelers. Efva opened her first shop on Hornsgatan on Söder in central Stockholm. Her jewelry quickly became popular among Sweden's celebrity elite, and when Madonna was wearing the jewel "Homo Sapiens" ("Thinking Man" in Latin), success was inevitable. Many other well-known personalities have been seen in Efva's jewelery over the years, including Sarah Jessica Parker, Jennifer Aniston, Meryl Streep, Uma Thurman, Iman, Angelina Jolie, Katy Perry and Alicia Wikander. Since autumn 2018, Efva Attling is Stockholm's Royal Courier Supplier - a celebrated award issued by H.M Konungen, the King of Sweden.