Turkish archaeologist Murat E. Gülyaz dishes on how to best experience Cappadocia's marvelous history and cultural landmarks today, from its "fairy chimneys" and volcanoes to its ancient civilizations and underground cities like Derinkuyu.

Cappadocia is a popular Turkish region and one of the world's most distinct and breathtaking cultural centers, known for its fairy chimneys, carved churches, underground cities, and other unique natural beauties. No wonder this magnificent place has been featured on the UNESCO World Heritage List since 1985 under the name of "Göreme Historical National Park and Cappadocia." 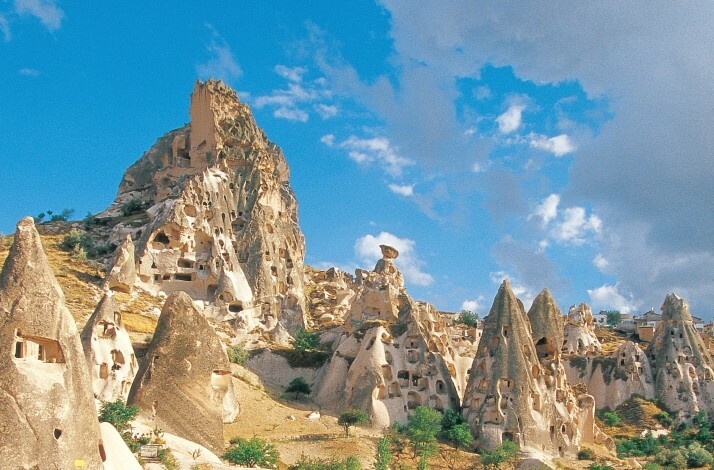 The story of this special volcanic region began 12 million years ago when there were lakes covering large swaths and a hot, rainy climate prevailed. Numerous volcanoes started to erupt then, and they continued to do so in the Holocene geological epoch. Gas-rich materials, such as volcanic tuff and ash, spread over large areas due to violent explosions, and interesting formations known as "fairy chimneys" took shape as the flood waters descended from the valley slopes and the wind eroded the tuff structure. 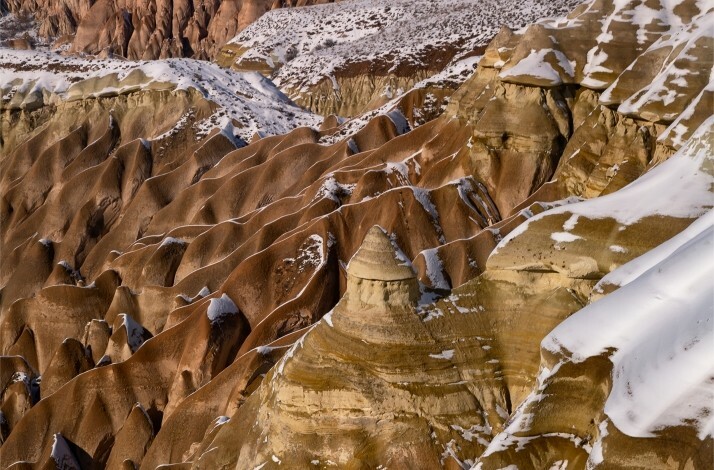 Considered sacred by the civilizations that have lived in the region throughout history, Hasandağ (3,268 meters), Göllüdağ (2,142 meters), and Erciyes (3,916 meters) are among Anatolia's highest volcanoes, but they are younger than the rest. The people of Çatalhöyük, one of Anatolia's first communities to settle here, painted Hasandağ on their temple walls; the Hittites built their temples right on the edge of the Göllüdağ crater; and the Romans minted Erciyes on their bronze and silver coins, each group believing their gods lived atop these mountains. 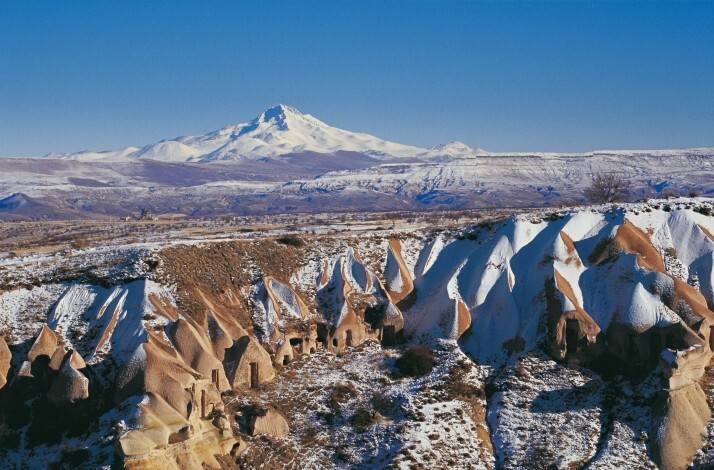 Cappadocia has been the home of many civilizations from prehistoric times to the present, and the data gleaned from fossil and archaeological excavations in the region, especially in recent years, has reinforced this idea. Scientists discovered that lacustrine, terrestrial, and volcanic deposits in the region are common. The ancient animal community that developed was more diverse than expected, as evidenced by the excavations carried out in two separate areas that proved mammoth (mammuthus primigenius), rhino (rhinoceros), reindeer (megaloceros giganteus), giraffe (giraffidae), and wild horse (hipparion) were the most common fossils. 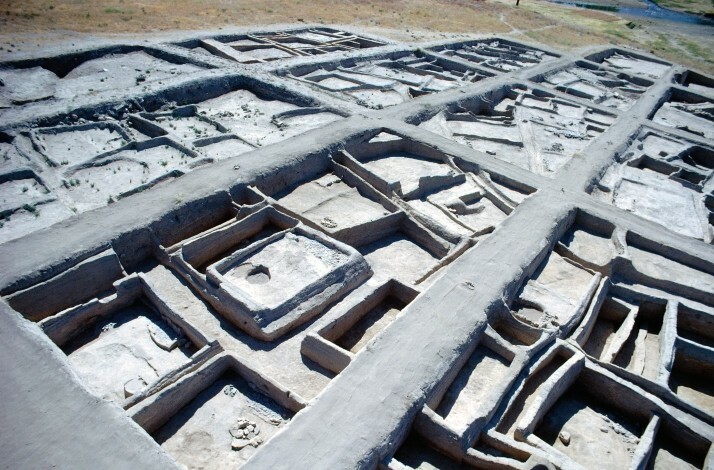 Archaeological studies in Aşıklı Höyük, which is an extension of Ihlara Valley and one of the region's most important settlements, revealed the first local neighborhoods made of mud brick. There are no doors that allow people to enter houses. People most likely entered their homes from flat roofs and down portable ladders.

Aşıklı Höyük went through the Aceramic Neolithic Period, and the fact that the first brain surgery was performed here brings great importance to this place in particular. Medically called trepanation, the surgery was first performed on a woman in her early 20s. It was then understood by the healed tissue around the wound that the woman did not die immediately, although she underwent an operation that was performed very close to such a vital organ.

The Mediterranean Aşıklı community buried their dead under the floors of their houses in the hocker style, which means the bodies were buried with their knees slanted to their stomachs. During this time, men typically lived to see their late 50s, whereas most women died at the age of 20-25 solely due to complications during childbirth. 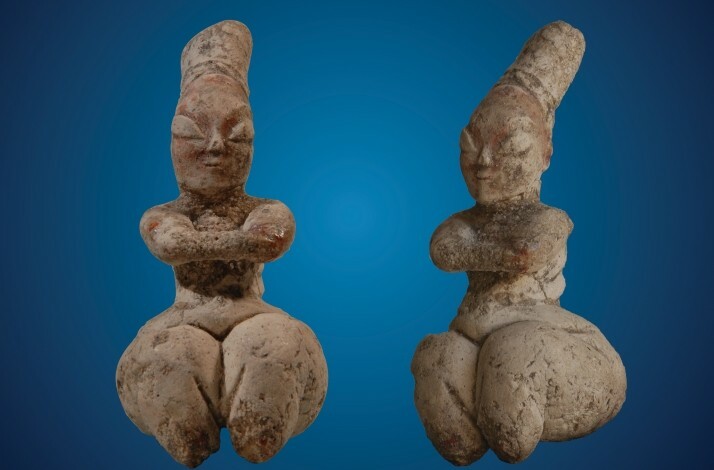 Köşk Höyük is near the Bor town of Niğde and is one of the area's most important Neolithic settlements. The terracotta human figurines found in the excavation mostly depicted women in the form of a seated mother goddess and mostly naked, holding their breasts with their hands and representing fertility. 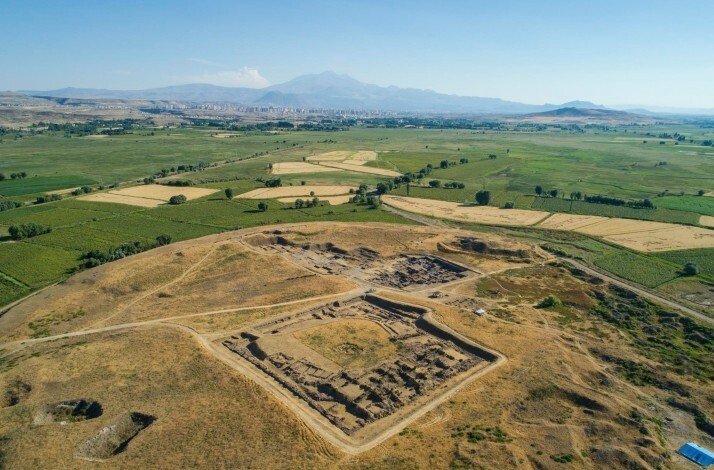 The Kültepe excavation site in Kayseri is one of the most important excavations in the world due to the historical period it represents. The settlement consists of Kanish, where the king's palace is located, and Karum, the city of merchants. In this period, Anatolia was divided into small kingdoms or principalities, each containing communities spread across large areas of land. Kings called "rubaum" were ruling the city-state kingdoms. "Rubatum" (queens) were also entitled to rule like their spouses. 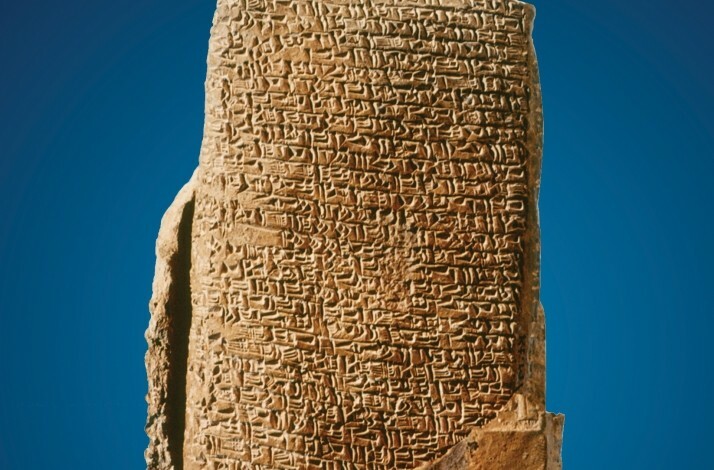 Written in Old Assyrian and called the "Cappadocia Tablets," these cuneiform documents found in Kültepe are more than 1,000 years old, making them Anatolia's oldest written documents. These texts state that the merchants paid road tax to the lords on the passageways, claimed interest from the people who were in debt, and owed taxes to the Anatolian lords on the goods they sold. It was also vital that society understand that women had essential rights, such as marriage, divorce, and alimony. 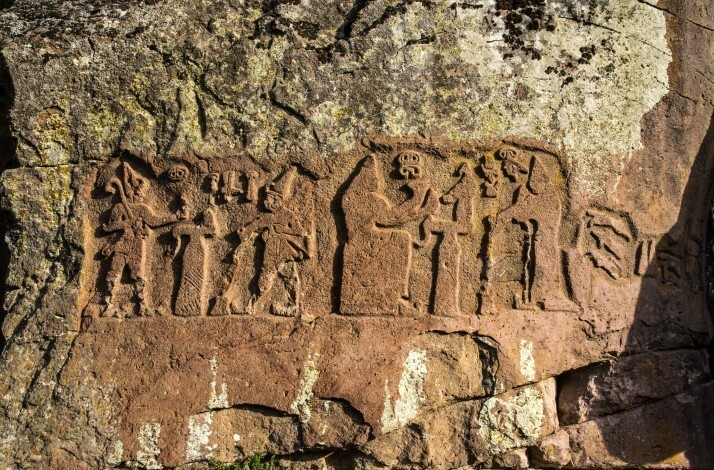 The Hittites (1750-1200 BC) came from Europe and the Caucasus at the beginning of the second millennium BC. They settled in the region and later fused with the local people, establishing the first Anatolian Empire. The remains of the Hittites can be found in all the mounds across the region. There are also monuments from the Hittite Imperial Period, which were carved as reliefs in strategically important passages and on high rocks near the waters. The Fraktin relief rock monument, located in the south of Erciyes Mountain within Kayseri's borders, was a propaganda monument that showed the Hittite empire's power limits, as well as a divine blessing and the Great King Hattusili III and Queen Puduhepa's gratitude to the gods. 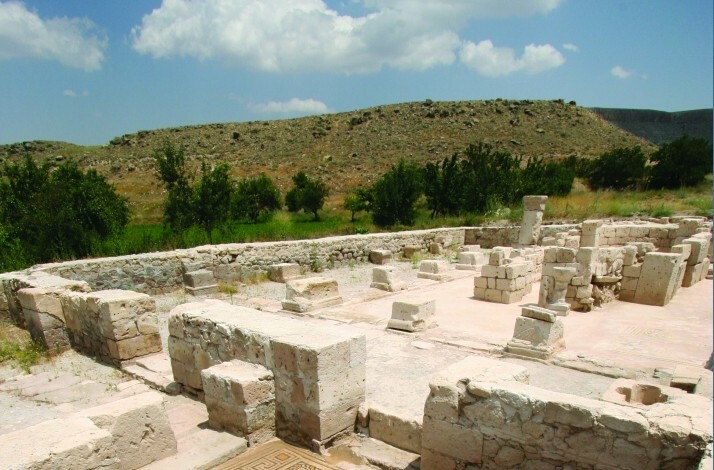 The ancient city of Sobesos, an important Late Roman settlement, was mentioned in the ancient sources; however, its exact location couldn't be determined. It was later discovered by accident on the Ürgüp-Soğanlı road. The places that could be the city's administrative structures and bath complex were completely unearthed after the excavations. The hair-braided swastika, meander, and cross motifs on the mosaic floor made of various coloured stones and decorated with geometric motifs are extremely striking.

An open chapel was later added to the courtyard with mosaics, a result of rough workmanship and dated to the mid-sixth century AD, according to a coin found during the excavation. The mosaic war scene, which was being used as a garden before its present location could be determined, was uncovered by villagers accidentally in the 1960s. 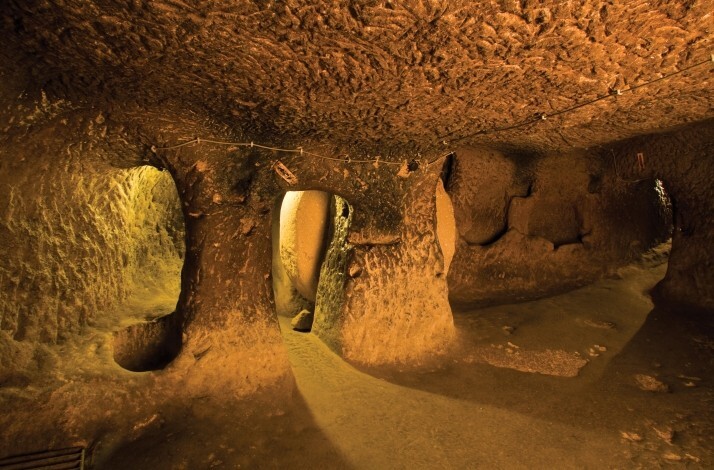 The underground settlements are one of the area's most awe-inspiring natural and cultural properties. There are approximately 150 to 200 of these settlements in different sizes. The area was frequently exposed to attacks, so the purpose of the subterranean cities was to provide temporary shelter in times of danger. Almost every house in the region was connected to one another by secret passages in these cities.

People who lived in the region built rooms that were difficult for intruders to pass through and rigged with traps to have a protected environment in the event of an invasion, opening up additional rooms at the bottom of the rocks as needed. The number of corridors and galleries continued to expand until cities were created. The Derinkuyu underground city—only 10 percent of which can be visited today—could house 30,000 people at a time. It was one of the largest underground settlements not only in Cappadocia but in all the world, yet another fascinating find in this incredible Turkish travel destination.

Want more? Immerse yourself in Cappadocia's captivating culture and unparalleled beauty with a trio of amazing experiences. Share a peaceful and delicious breakfast while you admire the landscape and the hot air balloons slowly floating overhead, take a private guided tour and learn exclusive information about the enchanting area and its many hidden treasures, and indulge in delicately cooked local food in a 1,000-year-old, candle-lit cave to truly get a feel for this wonderful place.