As the winner of the New York City Football Club & Mastercard® City Assist contest for 2021, Bronx chocolatier Sol Cacao will become the Official Small Business of NYCFC and receive one-on-one mentorship from Mastercard's small-business arm. Here, its co-founder shares his thoughts on borough pride, changed plans, and the importance of community support.

It has never been easy to run a small business—but this year, one tasty New York City small business is getting a major boost. Mastercard® and New York City FC have teamed up to award a free partnership to Sol Cacao for the 2021 season through the City Assist program, making it the Official Small Business of NYCFC.

The first bean-to-bar chocolatier in the South Bronx, Sol Cacao beat out more than 50 other applicants and impressed the judges with its ambitious leadership, innovative business plan, and ability to pivot as COVID-19 swept through the city. 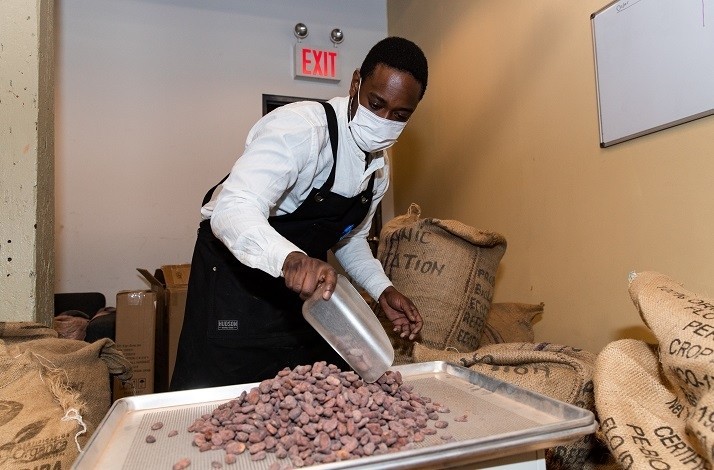 "Prior to the pandemic, we were preparing to open our first retail store. This placed our growth strategy on hold, and we needed to pivot to mainly online sales," co-founder Daniel Maloney explains. "We received tremendous support from our community and the internet, which allowed our business to survive the brunt of summer and make it to chocolate season in October."

The partnership is an honor that comes with some serious support for the artisanal confectioner, which embraces sustainable organic farming practices, environmental preservation, and ethically sourced raw materials to make its products.

Sol Cacao's co-owners and founders—brothers Daniel, Dominic, and Nicholas Maloney—will be provided with a Mastercard Digital Doors Toolkit that includes Mastercard's Digital Diagnostic, one-on-one mentorship, and offers and resources to help grow and digitally enhance their business. They will also receive in-stadium and digital ads during NYCFC home games that will help the brand reach millions of new fans. 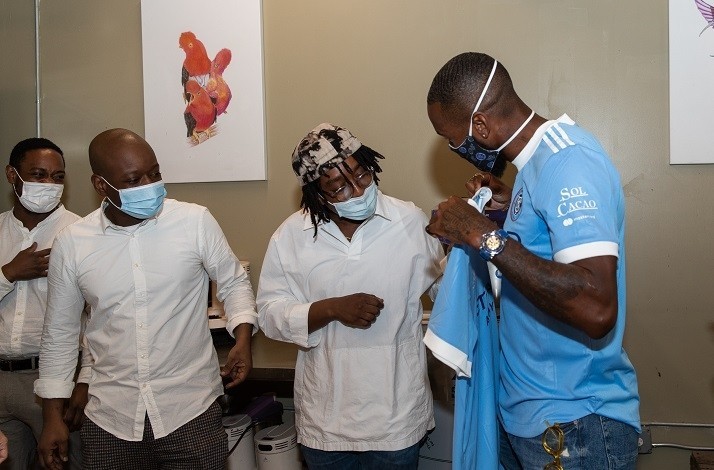 Sol Cacao was surprised to learn that another bonus had been added to the original competition prize package: a spot for their business's logo on NYCFC's First Team jersey sleeve for the 2021 season. This makes NYCFC the first franchise across Major League Soccer (MLS) to proudly feature a local small business on team jerseys.

It's the perfect opportunity for the three brothers to share how a beloved family tradition became a vocational calling. Natives of Trinidad and Tobago, they grew up amid cacao trees—and with the sweet influence and wisdom of their chocolatier grandmother. They're now using that heritage to build a world-class chocolate shop in the Bronx, lifting up the community in the process through neighborhood outreach and job creation.

It's a labor of love for the entrepreneurs, who embody the best of what a New York City small business can be. Their community pride is evident, and their ambition is to become a Bronx institution alongside a few other giants.

"The Bronx is home to hip-hop, Major League Baseball, and Major League Soccer. We aim to add chocolate to the list of contributions the Bronx gives to New York City and the world," says Daniel. "Being named the first-ever Official Small Business Partner of New York City FC is an opportunity to inspire a future generation of chocolate makers."

According to Daniel, giving back is a central component of their vision.

"We created Sol Cacao to be a place where anyone eager to learn can be inspired," he says. "Only through partnerships like this can we create a truly New York experience that reflects the grit, perseverance, and teamwork that is the fabric of this great city."

To repay some of that support, the three hope to play an outsized role in elevating the profile of their Bronx home.

"We plan to champion the Bronx as NYCFC has so for many years because the Bronx has been stigmatized as a place where very few talents emerge from," he says. "With this partnership, we can make clear that the Bronx is a place where you can spend a weekend, live, and meet talented individuals who are often overlooked.