Il Solito Posto isn’t just a Melbourne restaurant, it’s a walk down memory lane for many of its long-time customers, including Australian tennis star Alicia Molik. Find out how one of the city’s most beloved local eateries keeps regulars coming back year after year, and how its doors were reopened after closing for eight months during COVID-19.

It was 1994 and Michael Tenace had a vision.

He’d stumbled upon a forgotten basement, tucked down a nondescript laneway in the Melbourne CBD. The space had housed a bank for a large part of its 150 years existence but had laid dormant for years.

It was not a winning proposition for a restaurant, Michael was told again and again.

So, of course, he doubled down on his dream.

Twenty-six years later, that little Italian restaurant dreamt up by Michael and built in a basement down a sloping laneway, is one of Melbourne’s most beloved institutions.

Tennis legend Alicia Molik has been visiting for years and plans to keep coming back. “It’s a personal favourite of mine at any hour, especially after a long day/night at the tennis. It’s not really the Australian Open unless I’ve visited this homely place for a meal. You could say it’s one of those priceless experiences.”

Michael is humbled by her support. “She’s a big personality and also a very beautiful person. She’s been coming in since she started her professional career.”

It’s the kind of lifelong loyalty that Il Solito Posto seems to effortlessly attract. “In 1995, this nice young couple had their first date at the end of the bar. Then a year later the guy proposed in here, then they came to celebrate their first-born, and 21 years later, that little guy and his new girlfriend sat at the same spot his mum and dad had their first date!,” Michael recalls with delight. 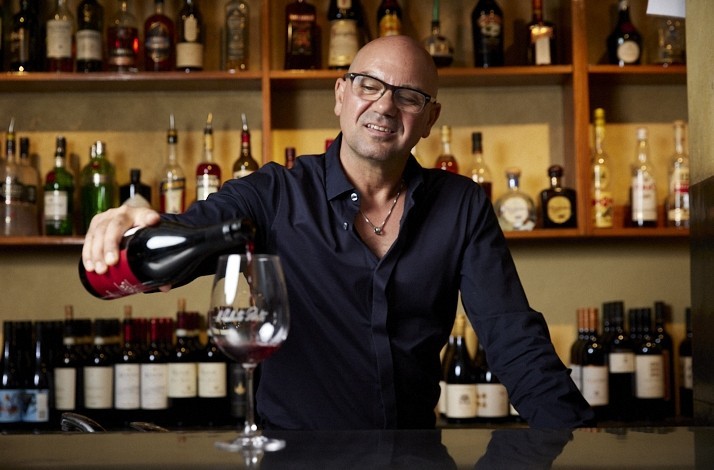 Its name might mean “the usual place”, but Il Solito Posto is the type of small business that’s more unusual as the years go by.

Many things remain unchanged in 25 years, from the seating arrangement to certain classic dishes. When we asked Michael about the most-loved dishes, his answer was swift. “The Veal Ragu. It’s slowly cooked in its sauce for four or five hours, then we let it rest for a few days so all the flavours infuse beautifully.” It was on Il Solito Posto’s very first menu and has remained since.

Good Italian food may be timeless, but 2020 tested Il Solito Posto in ways Michael could not have imagined. In February of last year, he was riding a high of success. “I was actually punching the air thinking things couldn’t get any better than this,” he laughs to himself. “It just seemed like we hit that sweet spot, and I thought that trend would continue through 2020. But then March, when COVID-19 hit, we were put on our knees and forced to close the restaurant. We didn’t open again till mid-October.”

The struggles for his small business felt insurmountable, and Michael came close to giving up. “It was a brutal time. Creating a Melbourne institution and almost letting it go… it was an absolutely horrible experience.”

“My landlord gave me a little tap on the shoulder and basically said, you’ve created a place that everybody loves, the least we can do is help you through this period.”

When he finally reopened in October, Michael says he was humbled by the support that he received. “I was overwhelmed by my customers. Many tears were shed.”

The tough year led to some positive changes, too. “People are a lot more accepting, a lot more willing to engage, to want to know about your struggles.”

He feels hopeful about 2021, and is especially excited for the Australian Open, naming it as one the busiest times of the year for the restaurant. “We get a huge influx of tennis players and a lot of tennis fans, too.” Any names he can divulge? “I’ve got lots,” he says with a smile, only sharing that a teenager Nadal would drop in with his father and uncle.

Michael’s goal? “I just want to be here for another 25 years.” We can’t argue with that.