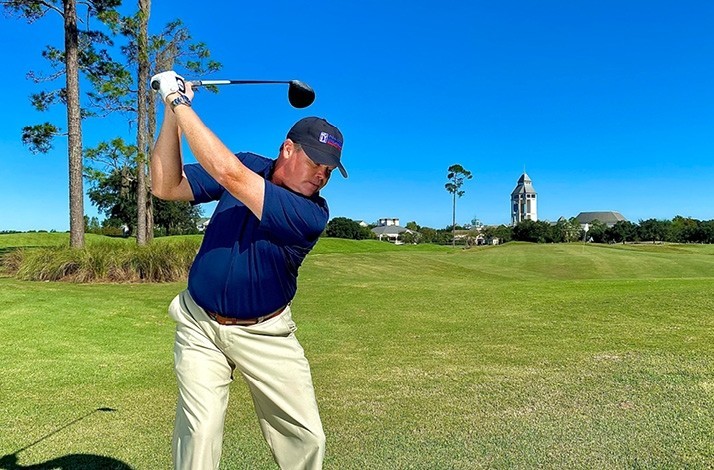 Get the latest tricks, tips and instruction to sharpen your game!

Looking for a new way to perfect your game? Read on about a session we observed recently at the PGA TOUR Academy that began at the fitness center.

The player spent an hour getting warmed up, using light cardiovascular exercise on a stationary bike, as well as a complete stretching routine. From the fitness center, he proceeded to the practice facility where he picked a spot – taking into consideration the wind conditions. Note: The best players practice into the wind to magnify any mistakes.

The player began striking shots with his sand wedge – half-swings at first, gradually building to a fuller swing motion. Once the swing was warmed up, he established a practice station designed to support his swing drills. He spent about an hour working on his mechanics, alternating between rehearsal swings and striking actual shots.

Once the drill rotation was complete, he stepped away from the practice station and proceeded to strike shots to different targets with different clubs. Each shot was with a full pre-shot routine, even backing away when distracted. The session ended with a short game session. The main focus during this period was a putting distance control drill.

Here are five tips you can use from this pro's practice session:

1. Always Fully Warm-up: Prepare your body to swing the club with golf-specific stretching, and by beginning your ball-striking with small swings.

2. Practice in a Station: Always set up an alignment station to support your practice.

3. Train Mechanics with Short to Mid-Irons: When working on swing mechanics, start with short irons and work up from there. Look to “own it” with the 9-iron first before moving to the 7-iron.

4. Each Practice Session Should Include “Training to Play”: At the end of each ball-striking session, play some imaginary holes on the practice facility while going through your full routine before each shot. This puts the mechanics that you just trained to the test, and makes it easier to transfer the new mechanics to the course.

5. Each Practice Session Should Include the Short Game: Make sure you set aside a significant portion of each practice session for some short-game work. This is the most direct route to improving your score, since two out of three shots during a round are struck from within 100 yards of the hole.