A day on the (virtual) water with New Zealand’s sporting greats.

COVID restrictions may have put most sporting events on the back burner recently, but Mastercard®, together with the Royal New Zealand Yacht Squadron (RNZYS) got creative to give 11 lucky winners the chance to battle it out with some sailing greats – from the comfort of their own homes.

The priceless sailing experience saw our competitors setting ‘eSail’ with two of the sport’s biggest success stories, Peter Burling and Blair Tuke. And as a surprise, they also roped in their mate, rugby legend Dan Carter to join the fun, all logging on from the RNZYS HQ in Auckland.

Pete and Blair were always set to be fierce competitors, having crewed the America’s Cup winning Emirates Team NZ boat in 2017. In addition to the countless accolades they’ve picked up, the two were named NZ Sport Team of the Year in 2017. But while they’re champions on the water, we were now on dry land. This was eSailing – played with phone and laptop in hand, and the races would be anyone’s game. Our participants all undertook a crash course with one of RNZYS’ top eSailors before the event to give them a winning edge. 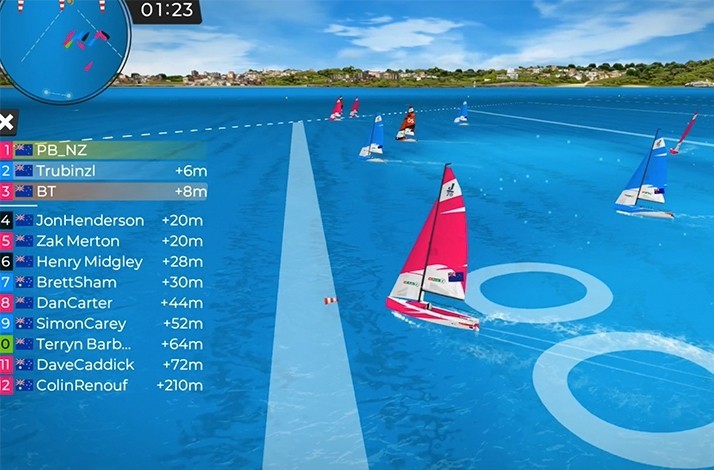 On the day of the regatta, Dan, Blair and Pete were joined by renowned sailing MC (and Blair’s brother) Jesse Tuke, whose banter would up the pressure, and provide real time commentary on the day’s races. While he did all he could to throw his big brother off, it was Dan who started feeling the heat! The first race was all about learning the ropes, and getting used to the technicalities of eSailing. It was a rough start for the champs, with Blair being dramatically overtaken by participant Trubi, and Dan facing a head on collision with another boat! He was fine though, he’s used to contact sport. Pete looked to be going strong, but when challenged at the front of the pack, called technical difficulties… the rest of the group were not impressed!

Then, with the first race out of the way, our digital sailors now meant business. All participants were practiced and ready for Race 2, but that didn’t stop another out-of-nowhere result! Dan’s luck didn’t quite improve, with Blair needing to lend him a helping hand to get his boat across the finish line – it’s okay DC, at least your kicking record’s safe. While Dan drew a fair amount of heat for this poor showing, it was Blair who was getting heckled by his brother in the commentator’s box. Yet again, the champs were out-raced by our Mastercard cardholders, leaving the sports stars 0-2, with one race left. 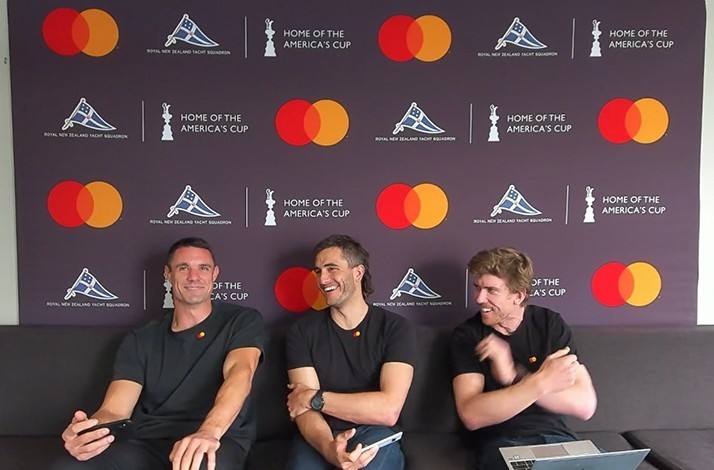 By the final race, there were scores to settle. You don’t get to the top of sporting world without a hot competitive streak, and it was all playing out on the digital waters… Never one to be deterred, and with his ‘helps’ restored, Dan was confident a comeback was on the cards and wasn’t afraid to try and throw the others off their game. He was off to a good start, and might’ve been heading towards redemption, but Pete, calling on real-life sailing skills that far outstrip our former All Black, broke out from the back and led the charge for Race 3! But now, this is eSailing, remember, and anything can happen, which we were reminded when a last minute overtake by participant, Henry led to a nail-biting final few seconds on the water, an upset no one saw coming!

Now, very few can say they’ve beaten Blair Tuke and Pete Burling on the water, and not many could tell you they’d left Dan Carter in their dust, but when the day of eSailing was through, the top two spots were taken out by some of our lucky participants, who now have some priceless bragging rights to hang on to!

With Blair coming in third overall, Pete finishing in the middle of the pack, and Dan coming in towards the back, they didn’t catch the victories they’re accustomed to, but this didn’t stop the guys from sitting down for a good chat with the participants after the race, answering questions and discussing all things sailing, rugby and life as top athletes.

Check out all the highlights from the priceless day below:

Missed out this time? Check out Priceless.com for more digital experiences you can enjoy at home.