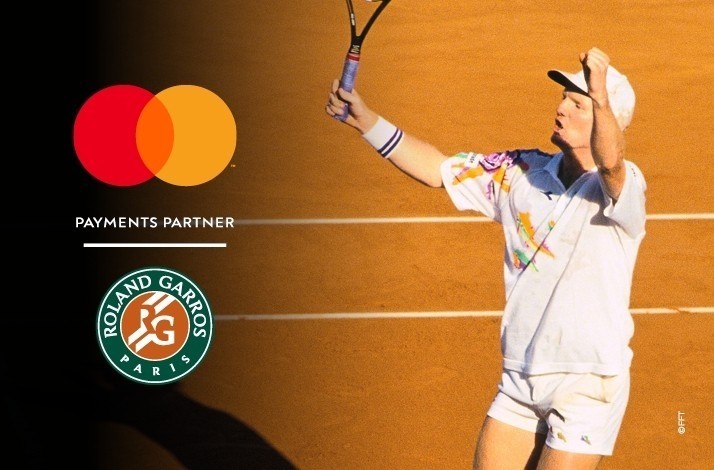 Let the tennis legend walk you through the most thrilling moments of his 1991 Roland-Garros finals victory. Then, register at Priceless.com for a chance to ask him a question and receive a personalized video response.

While he had great success in his career, Jim Courier has a special place in his heart for Roland-Garros. His 1991 French Open win marked his first of four Grand Slam titles, a thrilling achievement you can relive with this new highlight video. In the five-minute video, Courier reflects on his battle against fellow American Andre Agassi, discussing everything from his strategy adjustments during a second set rain delay to his mindset at match point.

"It's match point and I'm trying to pretend like it's not such a big deal, and I look really silly doing it, by the way," he says in the video. "But what I was trying to do was depressurize."

Once you've watched his final serve and heard his thoughts on the historic moment, click over to Priceless.com for an exclusive opportunity to submit your own question to Courier. You can ask him about his fondest tennis memory or favourite player among today's top competitors, or request advice on improving your own game. Ten cardholders will receive a prerecorded, personal video response from Courier himself.

Here, the current tennis commentator and Mastercard ambassador gives some additional background on the match, along with his introduction to the game and how he's been staying busy at home over the past few months.

What inspired you to start playing tennis?

I fell into tennis naturally. My parents played social tennis with their friends, so I was around tennis courts often from a young age. It was something fun to do, and I adapted to it pretty quickly. I began playing in tournaments at the age of 7.

As a two-time Roland-Garros winner, what is your bond with the tournament?

I first played in Paris in the juniors at Roland-Garros at the age of 16. My partner and I ended up winning the junior doubles title and I fell in love with the tournament. From then on, I was quite comfortable playing there and looked forward to the challenge each year. Paris is a magical city and will always be the place where I became a Grand Slam champion.

Your first win in a final at Roland-Garros was against your friend and countryman Andre Agassi. What were you feeling before the match?

I was both nervous and excited to play Andre in my first major final. He was someone I had roomed with at tennis academy and known a long time, so it was psychologically easier than playing against an idol who I had watched on TV growing up. But, I knew he was not going to be easy to defeat.

Are you planning on going to the 2020 Roland-Garros tournament this fall?

I've been lucky enough to go back each year to work in television for American and British networks. Being at Roland-Garros is one of the highlights of my year. I am planning to be there again this fall if TV personnel can work on-site.

What's kept you busy over the past few months?

I've been at home with my family since the pandemic began. We have two little children who keep us very busy. I've played a little tennis to stay fit, but I do miss the old life we all used to live. I hope a vaccine will be found soon so people can be and feel safe, and we can get back to it.

What activities do you enjoy outside of family and sport?

Outside of family and sport, my passions are music and reading.

What is Priceless to you?

Like many people, the upside of pandemic life has been the extra time spent with family. We have two young boys that are bundles of energy, and we continue to enjoy exploring new things with them on a daily basis. Our activities include tennis, swimming, golf, reading, playing in the dirt, baseball, soccer, and riding bikes and scooters.

Have a question of your own for Jim? Click here for the exclusive opportunity to ask him yourself!