With the launch of AAA's Electrical Contracting in 2018, licensed master electrician Shantel Lindsay became one of just a handful of women in New York to own her own electrical company. Here and in the accompanying video, she describes her journey to success as an entrepreneur—and how her five children inspire her when times are tough.

"Small businesses are priceless because we are passionate about what we love," says entrepreneur Shantel Lindsay, founder and owner of New York-based AAA's Electrical Contracting Corp.

She should know. Passion has driven her small business from idea to execution and beyond.

"I started my company back in 2015 when I decided I wanted to become a master electrician, but it wasn't until my daughter was born in 2018 that I had the courage to take the leap," Shantel says. Her fifth child was born with a tumor in her spinal cord. The tumor was removed when her baby was five weeks old, "but unfortunately it caused nerve damage which prohibits her from moving her legs," she explains.

To be sure, it was a daunting challenge. Yet as she watched her daughter grow, adapt, and thrive despite her condition, Shantel became inspired by the girl's relentless energy and positive spirit.

"My daughter is my inspiration because she does not walk or stand, but at five months old was able to go up and down the stairs using only her upper body," she explains. "She inspired me because having my own electrical contracting company was something that I dreamed of once I became an electrician."

Shantel decided to make her dream come true, although friends and family doubted her idea at the time.

"People told me that I couldn't do it, it would cost too much money and take too much time," Shantel says. "But seeing my little girl do everything in her own way made me decide that I can do anything I want, so what's stopping me?"

And so she put in the money, time, and hard work to found AAA's Electrical. Adding to Shantel's sense of satisfaction was the knowledge that not only was she expanding the ranks of Black-owned electrical companies, but she was also among the first women to do so.

"I am one of very few women electrical license holders in NYC and that alone was a huge accomplishment for me," she says with pride. "People are often surprised when I show up to do work for them because it is a male-dominated field and they're accustomed to men doing handy work." 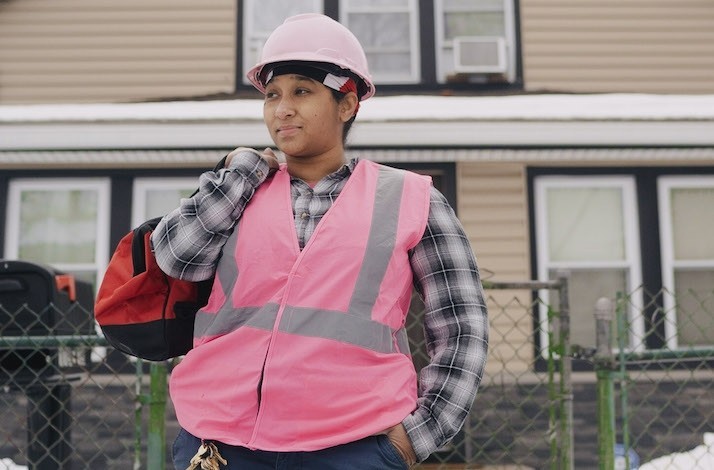 Shantel's work includes residential and commercial jobs of all kinds, from installing ceiling fans, security cameras, and lighting systems to rewiring, outlets, and more. Over time, her business has grown through both the quality of her work and the strength of her reputation.

"I have mostly been doing electrical work for people in my community based on referrals," she says. "My customers mean everything to me, and I reach out to them after a job to make sure they are happy with the service I provided."

Like other Black-owned electrical companies and small businesses in general, Shantel has felt the pinch of the ongoing coronavirus pandemic.

"Prior to the pandemic, more people were upgrading the interior of their homes, but now everyone is afraid to let anyone in," she explains. "I am not surprised by this, but business has slowed down."

Shantel will overcome this challenge as she's overcome those of the past: through hard work, dedication, and a focus on people's needs.

"I'm building relationships, not just getting customers," she says, repeating her business philosophy. "Treat people good and be fair!"