Thanks to In Conversation With. . ., UK theatre fans are getting up close and personal with their favourite actors and actresses performing in this season’s West End productions via intimate Zoom chats. The stars from & Juliet, including Miriam-Teak Lee (Juliet), were the featured guests in the first episode, and now theatre lovers everywhere can also learn what it’s like to be a part of London’s top productions.

The COVID-19 crisis slashed the 2020 calendar for theatres worldwide, but thanks to Official London Theatre and Mastercard, remarkable virtual events are coming up that may just salvage the West End season for theatre lovers. Instead of on a stage, the shows of the moment have shifted to Zoom in an epic digital series dubbed In Conversation With . . ., where performers get together to discuss what it's like to act in top UK productions and answer questions from their biggest fans. 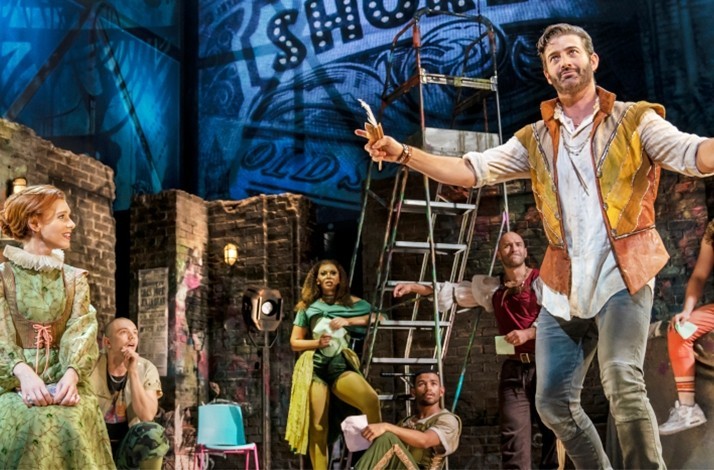 The series debuted on 24 September with the cast of & Juliet, the new musical the Evening Standard called "dazzlingly brilliant." The musical is a retelling of a classic Shakespearian love story that embraces new touches like laugh-out-loud pop culture references and a sing-along pop score by Max Martin. The group featured in the series' first episode included lead actor Miriam-Teak Lee, who plays Juliet, along with seven other cast members.

Lee, who trained at Arts Educational Schools London and The Morgan Aslanoff Dance School, appeared in the original London cast of Hamilton at Victoria Palace after making her professional debut in On the Town at Regent's Park Open Air Theatre. Her enthusiastic answers to fans' questions offer a glimpse into what life is like for a working actor starring in one of the season's most exciting shows. 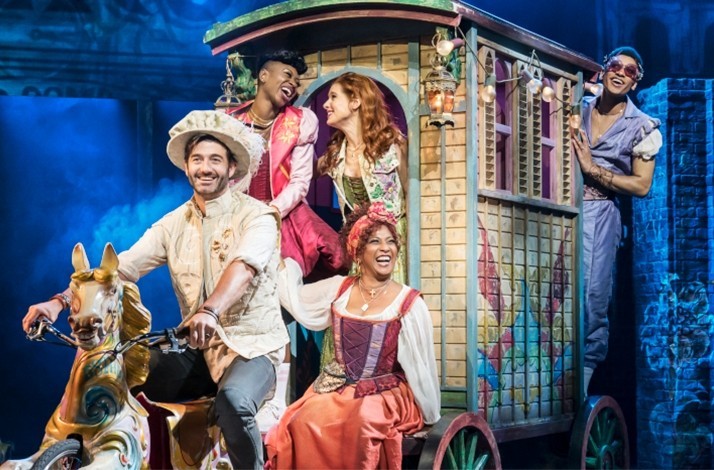 What is it like performing such classic, well-known pop songs each night?

It's just incredible—it feels like I get to really live my childhood pop star fantasy! There's really no feeling like it. And the fact that we've been able to put our own spin on these songs and breathe new meaning and life into them is such an honour.

If you could do a gender swap with another cast member, which role would you like to take on?

I would love to play Francois, because I would say he's the most different character [compared] to Juliet. He is such a vulnerable, shy and timid character, but his heart is so big and he's just adorable, and also hilarious without knowing! So I would love to give that a go!

What have been some of your highlights of your time so far in the show?

When we saw the set for the first time! My jaw was on the floor. The model box was one thing, but to see the real deal was just on another level. The detail and craft that was put into the set by Soutra Gilmore was just immaculate and it felt incredible to be able to perform on that stage every night.

Favourite piece of set from the show?

My balcony, of course! Going up on the balcony every night singing [Katy Perry's] "Roar" is just a dream, and to be able to get to that height where I can literally look into the faces of the audience in the circle is just unreal. I love it!

What's the thing you're most looking forward to when you get back onstage?

Seeing everybody's faces again! I miss everyone so much, and to be with them again properly will just make me cry with happiness! Also to hear them sing all those songs again. And, I can't wait to get back on that stage and sing [Britney Spears'] "Stronger," because the entire industry will be feeling stronger than yesterday! It will be a very special moment indeed.

Claire, who joined the digital experience with the cast from & Juliet, commented "We had a fantastic experience thanks to & Juliet and Mastercard today... Brilliant Q&A with the cast, even the puppy got a look in. I need to get back to seeing this amazing group of performers soon!"

Check back often on Priceless.com for more arts and culture, entertainment and experiences.