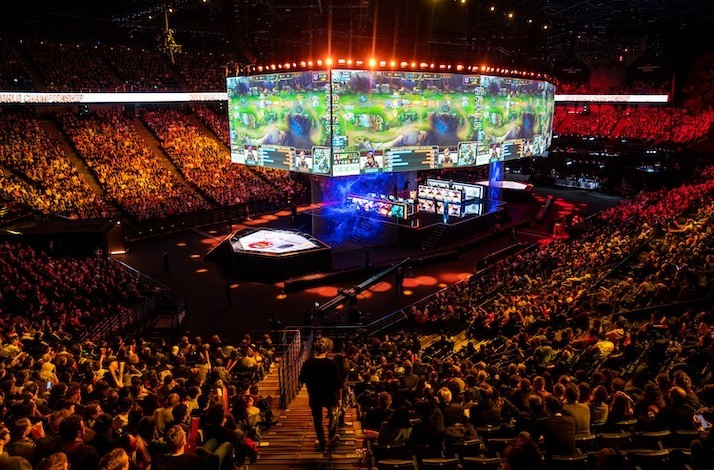 Riot Games threw its support behind COVID-19 relief efforts in a big way with the League of Legends 2020 Mid-Season Streamathon.

Designed to celebrate and unite the League of Legends community, this three-day esports competition raised funds while bringing some much-needed entertainment to players and fans around the world. It was an idea perfectly suited to the times, as travel restrictions keep people at home and either postpone or cancel in-person competitions.

“COVID-19 has presented extraordinary challenges not only to us, but to everyone around the globe,” says a Riot Games spokesperson. “It has had a massive impact on both how and where we deliver our sport to fans. Our Mid-Season Invitational brings together the global League of Legends community. While we were unable to hold the live event this year, we still wanted to create an event that would rally our community.”

“Thanks to the support from our regional leagues and sponsors, what started as an idea for a 24-hour stream quickly turned into a full weekend of competitive esports matches, music, fun, and entertainment."

MSS2020 featured programming across five continents, hosted by acclaimed Riot Games esports commentators, including Gabriella "LeTigress" Devia-Allen, James Patterson, and industry veteran Rivington Bruce Bisland III. Fans were treated to a series of competitive matches between the world’s top gamers, along with musical performances from Crystal Skies, Ekali, Gryffin, Louis the Child, Machine Gun Kelly, MitiS, NGHTMRE, and Shawn Wasabi. To ensure that viewers at home got their fill of LoL action, all 50 hours were livestreamed on the Riot Games Twitch and YouTube channels. “We couldn’t be more thrilled with how the event turned out, and we believe it has brought our community closer together,” the spokesperson says.

Produced in partnership with Mastercard, MSS2020 was a huge success. The generous response from the League of Legends community shows just how important—and impactful—an event like this can be.

“While it has been challenging, the LoL Esports Team has learned to become resilient and nimble through these trying times,” the spokesperson says. “Despite not being able to bring our sport to live audiences, our 12 regional leagues have been able to operate using innovative production resources, bringing our matches online while keeping our players and fans safe.”

Fan donations will be distributed by the Riot Games Social Impact Fund, which makes direct investments into organizations like the ImpactAssets COVID Response Fund (supporting frontline healthcare workers, small businesses, and the fight against climate change) and the GlobalGiving Coronavirus Relief Fund (dedicated to COVID-19 treatment and recovery efforts).

This isn’t the first time Riot Games has gotten behind a charitable cause. The company has donated $4.5 million globally for COVID-19 relief efforts to date, including support for medical professionals.

Such efforts are a good way to stay positive in trying times, something Riot Games has been focused on from the beginning. The gaming giant’s advice to fans is to stay connected wherever possible.

“The LoL Esports Team has been staying positive by staying connected with colleagues, friends, and family,” the Riot Games spokesperson says. “Whether by organizing a weekly League of Legends match or jumping into a group chat, it’s important to make the time to stay connected.”

As exciting as the Streamathon was, Riot Games is looking forward to a future that includes in-person competitions once again.

“We can’t wait to bring our competitions back to a live audience,” their spokesperson says. “We look forward to having our pro players back on stage and seeing all of their fans cheering in the crowd.”