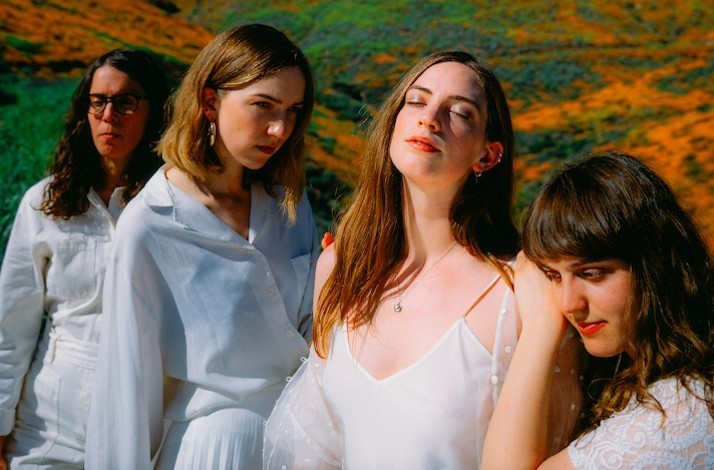 Official Record Store Day ambassadors The Big Moon rocked the crowd at the media launch party with a Live to Vinyl session in the historic home of our partners, Metropolis Studios.

On March 5, the all-female London four-piece enthralled a lucky 100-strong live audience while recording a vinyl to immortalise the occasion. This will be fast-tracked into independent stores worldwide for the 13th annual RSD later this summer, to celebrate their place as a community hub for music lovers – whatever their library looks like.

The physicality of the indie music scene is something The Big Moon are passionate about. Band member Celia Archer said: “As we become more and more aware of the toxicity of spending the majority of your life online it’s important that we protect these physical communal spaces and make sure they feel accessible and welcoming to all.”

At Mastercard, we’re proud to work with Europe’s number one independent recording studio to help support the 230 independent shops who’ll be taking part this year. The titles on the Record Store Day 2020 official list will be available from independent record shops on one of the three following Record Store Day “Drop” Dates: Saturday 29 August, Saturday 26 September and Saturday 24 October. We hope you’ll get out there and grab a piece of music history, or whatever else makes your toes tap.

EntertainmentGlobalPriceless
Experiences you may enjoy