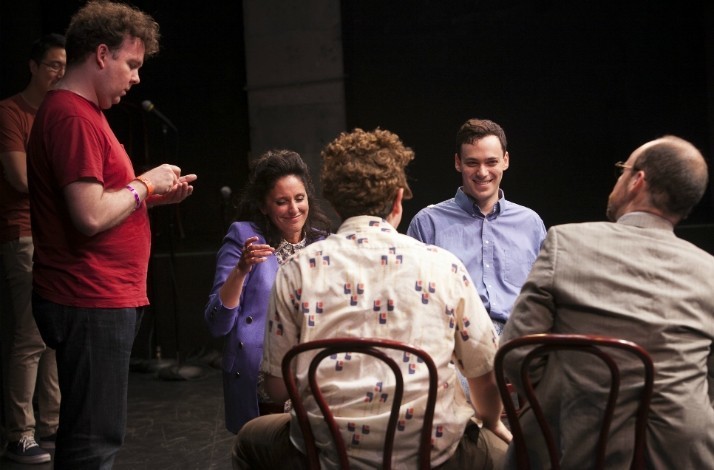 Attend a live comedy show at the theater of your choice, and get a gift bag stocked with UCB swag.

Tickle your funny bone at a live comedy show at the Upright Citizens Brigade Theatre in Los Angeles. Laugh until you cry from front-row seats at your choice of the cutting-edge comedy troupe's Los Angeles performance spaces: on Franklin Avenue on the north edge of Hollywood, or on Sunset Boulevard in the heart of East Hollywood. Commemorate the evening with a swag bag stuffed with a T-shirt signed by the legendary troupe's founders—Amy Poehler, Matt Walsh, Ian Roberts, and Matt Besser—and more UCB merchandise. Exclusively for Mastercard cardholders.

Laughing the night away among your fellow comedy enthusiasts.