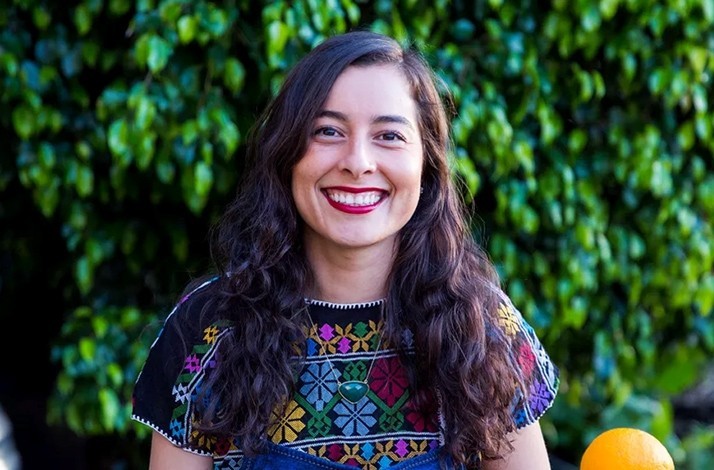 Whether you’re going meat-free for a meal or a lifetime, it’s a lot easier when what you’re eating is absolutely delicious, according to Jocelyn Ramirez. That’s why the chef and founder of Todo Verde, a plant-based food business in Los Angeles, treated home cooks to a virtual lesson in making her famous jackfruit nachos, made possible through Mastercard’s partnership with ChefsFeed.

The recipe is one of many she’s created that take the traditional foods of her childhood and adapt them for meat-free diets.

“I started Todo Verde back in 2015 because I wanted to create plant-based recipes that resembled the ones my grandmother made for us growing up, and still felt culturally relevant,” Ramirez said. “I’ve been doing plant-based food ever since and trying to convert all these recipes that folks in a Latino/Latinx community grew up eating, such as tacos, nachos, pozole, ceviche, and many other things.”

Ramirez demonstrated each component of the dish for her viewers, beginning with a nacho “cheese” made with cashews, potatoes, and carrots. (“People who have tried this can’t believe it’s vegan,” she said.)

After dicing the potatoes and carrots, she softened them up in boiling water. Once “fork tender” she added raw cashews that had been soaked in water, a quarter cup of nutritional yeast, and blended it until smooth.

“It has a nice, cheesy flavor,” she explained. “It’s really creamy because of the texture of the cashews and the starchiness of the potatoes.”

Ramirez uses jackfruit as a topping because it’s the perfect plant-based meat substitute.

“A lot of chefs are using jackfruit as an alternative to chicken or pork because it has a meaty texture and there’s very little processing,” she said. “It’s literally a fruit that’s been cut off the tree before developing sugars, and it has a neutral color and flavor.”

For her recipe, she used canned jackfruit in brine that she rinsed and squeezed out before seasoning and simmering it in a cast-iron pan.

“The seasoning here is really simple: ground cumin, Mexican oregano, crushed red pepper flakes, and crushed black pepper,” she said. “I sprinkle that over the jackfruit and add ¾ cup grapeseed oil, then get it to brown and crisp up with 20-25 minutes over medium heat.”

While the jackfruit and nacho cheese were cooking, Ramirez prepared a michelada mix consisting of tomato juice, lemon juice, and seasonings designed to be mixed with Mexican beer. It’s an ideal beverage accompaniment to the dish.

“You’re looking for acidity and a nice salty punch,” she explained. “Once you add it to the beer it all will mellow out.”

For the nachos, Ramirez recommended restaurant-style tortilla chips, which provide a fresh, crispy base for the savory toppings. The best part? No need for an oven.

“We’re using nacho cheese that’s the consistency of a melted cheese so there’s no need to put it in the oven,” she said. “Just pour it over the tortilla chips for a nice coating, then use tongs to grab some of this cooked, meaty jackfruit and pile it over.”

“I hope you are able to test out this recipe, and I’d love to see any photos you have,” she said. “I hope your friends and family enjoy it as much as I do.”