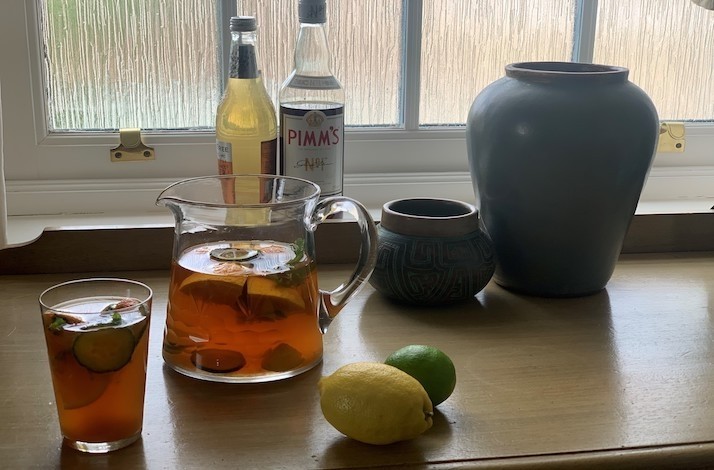 Discover the history of Pimm's with Madam Geneva & Gent

With summer upon us, our palates are craving bright, fresh flavours to fit the sunny season. That's why gin experts Madam Geneva & Gent are sharing two of their favourite fruity tipples to suit all your summer plans—even if it is just with a few of your family and friends in your own garden!

The dynamic, drink-mixing duo of Emma Parker and Wil Watts kick things off by walking through their step-by-step recipe for Pimm's No.1 with lemonade. This classic British beverage, invented by enterprising oyster bar owner James Pimm, was initially served to patrons some time between 1823 and 1840. Although Pimm would go on to create at least five additional variations of his namesake spirits, nothing became more popular than his London Dry Gin-based, 50-proof Pimm's No.1, with its amber hue and deep flavour from a secret mix of herbs and spices.

Often called a "Pimm's Cup," this summertime drink has remained a favourite for more than two centuries and has expanded far beyond Britain, having as much to do with its simplicity as it does with its refreshing taste. Parker and Watts also discuss its history along with their recommendations for making the perfect Pimm's Cup—a method that calls for plenty of ice and only the freshest seasonal fruit, such as apples, citrus, and strawberries, and even some cucumber and mint for extra vibrance. To finish, top everything with lemonade, preferably a bubbly one, and pour it into glasses (ensuring each gets an equal distribution of fruit) and serve.

To complement the Pimm's Cup, Parker and Watts share another fizzy classic that's easy to prepare at home: the Lime Rickey. With gin, sparkling water, and a healthy dose punchy lime juice, it's the ideal low-sugar cocktail for Saturday sipping while basking in the summer sun.