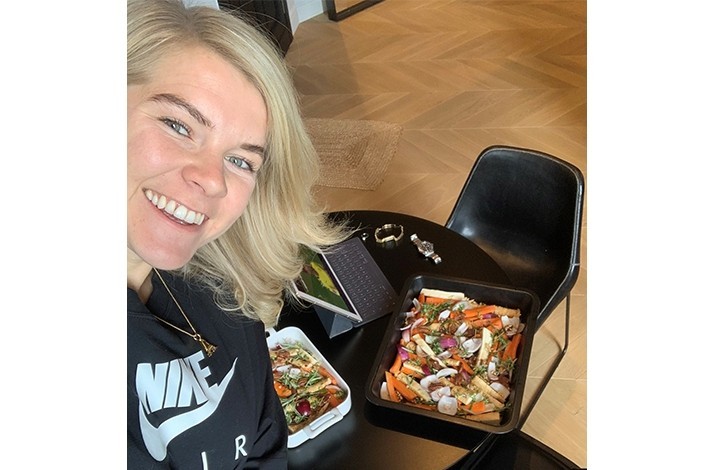 Learn the secret family recipe that soccer star Ada Hegerberg cooks and eats as a ritual before every home game to fuel her extraordinary performance. With premium beef and oven-roasted root vegetables, it’s a simple dish she learned from her father and brother. It’s easy to prepare and full of flavour—the kind that elicits the best kind of nostalgia for family and friends.

What’s the secret to international soccer sensation Ada Hegerberg’s success? Sure, she’s spent  countless hours training and sharpening her skills to reach a level of excellence that’s already earned her a massive list of accomplishments before reaching her 25th birthday, including the first-ever Ballon d’Or Féminin award in 2018, the 2016 UEFA Best Women's Player in Europe Award, and BBC Women's Footballer of the Year awards in 2017 and 2019.

But her winning ways may also be partially attributed to a certain pregame ritual she’s adopted before home games: cooking her father and brother's recipe for entrecôte and vegetables.

Packed full of flavour (and nostalgia), this is a dish that Hegerberg remembers fondly as the centerpiece of homestyle Friday-night meals with family and friends, the dish she and her husband make on Norwegian Constitution Day, and the recurring pregame plate she prepares to fuel herself on the field for optimal performance, like her single-season record 15 goals in the UEFA Women's Champions League playing for Olympique Lyonnais.

Entrecôte is a premium cut of beef that’s akin to a thin, boneless ribeye, making it ideal for browning in a skillet and finishing in the oven. Hegerberg starts by searing it on all sides to a golden brown in butter and oil, then she roasts it to rare in the oven with shallots, olive oil, salt and pepper, and fresh chopped thyme and rosemary. She emphasises that “patience is key for the perfectly cooked meat,” and the secret to making a remarkable dish is using the freshest possible ingredients.

To complement the entrecôte, Hegerberg roasts root vegetables like parsnips, sweet potatoes, carrots, and onion along with earthy pecans and pine nuts, adding a nutritious and comforting touch to this delightful dish with a family vibe. 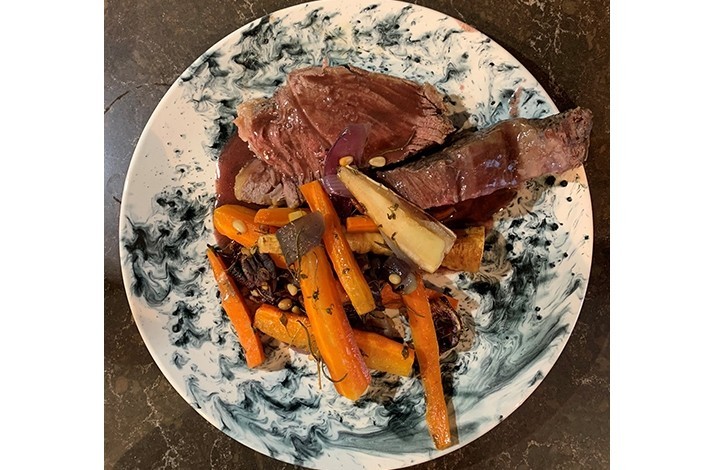 1. Take the entrecôte out of the fridge a couple of hours to bring it to room temperature. Rub in salt and pepper.

3. Heat a pan with butter and oil. When the mix starts to bubble, add the meat. Brown the meat on all sides and put it on a large baking sheet. Add the shallots around the meat. Cover with olive oil and season with salt, pepper, thyme, and rosemary.

4. Place the baking sheet with the meat in the middle of the oven. Insert the meat thermometer in the thickest part of the meat and cook it until it reaches 50°C (rare).

5. Let the meat rest for 15 minutes before you slice it and serve.

2. Prepare the vegetables by cutting them in bits and putting them on a baking sheet.

3. Add olive oil, thyme, rosemary, and nuts. Top it off with salt and pepper.

4. Put the vegetables in the oven and cook for 45 minutes. Alternatively, put them in the oven at the same time with the meat for an hour and a half at 150°C.