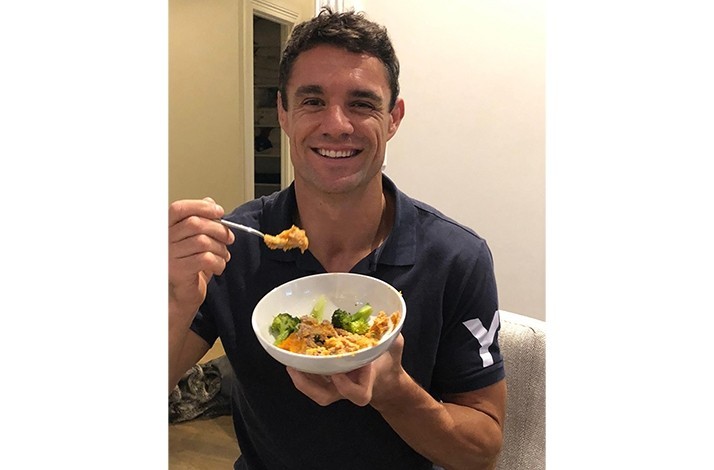 Rugby legend Dan Carter shares the recipes behind one of his favorite meals.

Dan Carter may be the most accomplished New Zealand rugby star of this generation, redefining what it means to play fly-half and earning a legacy as one of the all-time greats. Yet, as his athletic career winds downs, it’s simple things like cooking with his family that bring him the most joy. One of Dan’s favourite dishes to make is shepherd’s pie, something he’s been savouring since his childhood days spent on his grandparents’ sheep farm in Southbridge. After Dan married his wife, Honor, a professional athlete herself who played for New Zealand’s national field hockey team, she introduced the idea of using leftover lamb from a roast as the filling for their family recipe. On top of that, the Carter’s shepherd’s pie recipe calls for both potatoes and kumara (sweet potato) for the mashed topping, which provides a sweet kick that their three children love.

This leftovers shepherd's pie is a Kiwi classic that my wife and I love to cook for the kids and ourselves. It includes two very popular ingredients that are very Kiwi (from New Zealand)—kumara, which is a sweet potato, and lamb (there are more sheep than people in New Zealand!).

My grandparents lived on a sheep farm in Southbridge, so we were lucky enough to eat a lot of roast lamb growing up, and it’s my favourite dish. Then, my wife introduced me to her family recipe of using the leftover roast lamb to make a delicious roast lamb shepherd's pie. We like to use kumara on top to give it an extra sweetness.

Luckily for us, our three kids love it, and hopefully when you cook it, you’ll love it, too. 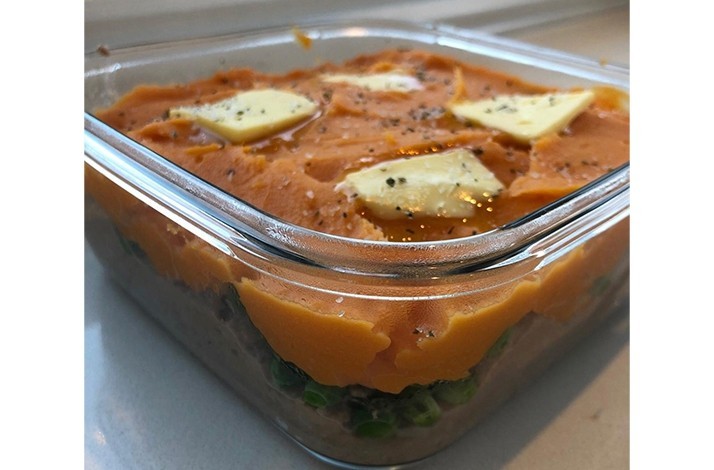 2. Bring a medium pot of salted water to a boil.

3. Add kumara and potato to the pot and cook for 12-15 minutes, until very soft. Drain and mash with butter, and season to taste with salt and pepper.

5. Cut lamb off the bone and chop into small pieces.

6. Place onion, garlic, and lamb into the food processor and add gravy, Worcestershire sauce, salt, and pepper. Process ingredients to a smooth texture.

7. Add peas and stir into mixture.

8. Half fill a large pie dish with the filling.

9. Spread kumara mash over to cover and place a few slices of butter on top.

11. Spoon shepherd's pie onto plates with a side of vegetables and a dash of tomato sauce.