August is Women's Month in South Africa, a time to celebrate the iconic women who spoke truth to power during apartheid and fearlessly stood up for human rights and societal change. Now, women stand on the shoulders of these iconic leaders to honour "ordinary extraordinary" women—everyday heroes striving for change, breaking barriers, and creating opportunities for future generations with their courageous and ambitious projects.

With so many selfless, determined South African women living out their dreams today, there's no shortage of inspiring stories to share. In a new video series, four incredible women are featured: Pontsho Maruping, Thato Mugonda, Megan van der Merwe, and Queen Manyike. These women are following their passions on very different career paths as they embrace career challenges and strive for inclusion. They are real-world role models, proving that anything is possible, regardless of age, gender, or background.

On top of showcasing these wonderfully successful women, Mastercard has partnered with the Cape Wine Auction Trust, which collaborates with other organisations across the Cape Wine Routes to raise funds for foundations that support education programs for young girls and women. The trust also helps promote gender equality, poverty eradication, and inclusive economic growth on the Cape Wine Routes, generating donations that will directly benefit women-led organisations that boost productivity, increase economic diversification and income equality, and improve social development outcomes. 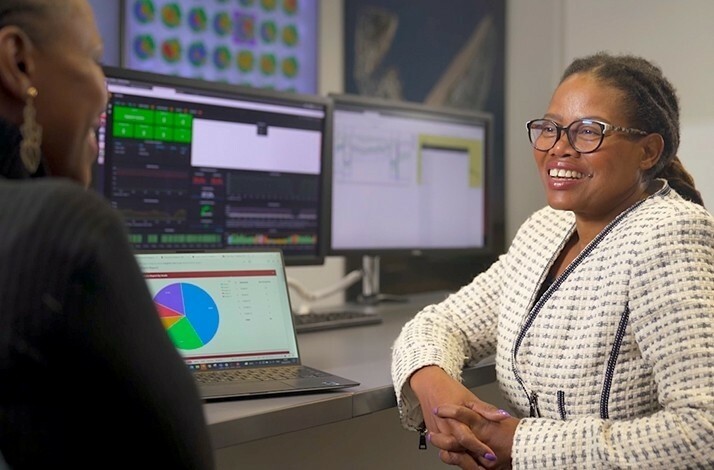 First up among the honourees is Pontsho Maruping, Deputy MD of the South African Radio Astronomy Observatory. Maruping grew up in Meadowlands, Soweto, during the 70s as the oldest of three girls. Her first job was sorting diamonds with the iconic De Beers Mining Corporation, and her natural curiosity led her to realise that engineers were doing far more interesting work. So, she quit and enrolled in the University of the Witwatersrand to study for a degree in process engineering.

Her curiosity was limitless. When she was exposed to how space, science, and technology can be transformative, she set off to the Netherlands to study for a Master's Degree in Space Systems Engineering. Keen to contribute to rebuilding the science system, she joined the Department of Science and Technology and led various initiatives, including championing the establishment of the South African National Space Agency; co-chairing the Group on Earth Observations' Science and Technology Committee; chairing the Committee on Earth Observation Satellites; and serving on the South African Council for Space Affairs.

Maruping is passionate about how science and technology can transform countries and communities. She was instrumental in establishing a division to ensure that technologies developed while building the MeerKAT telescope can be used more broadly beyond astronomy.

She also raised a now-26-year-old daughter, and in her downtime, she loves to read, travel, and play golf.

Pontsho has been instrumental in developing and implementing community-based projects in the towns around Carnarvon to ensure they benefit from the world-class South Africa Radio Astronomy Observatory. Her ears might be listening to space, but her heart remains in Africa. 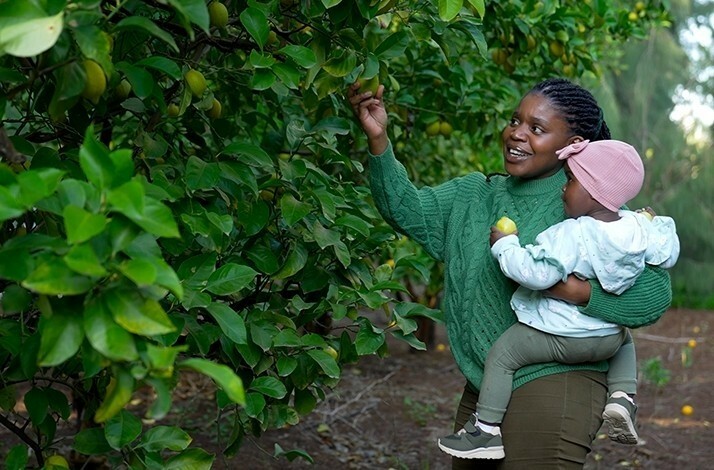 Next is passionate farmer and agripreneur, Thato Mugonda. At 31, Mugonda is one of the youngest women in South Africa's agriculture industry. Her company Black Sheep Agribusiness and her 50-hectare Legae La Banareng Farms in Limpopo has become a model of successful mixed farming, from livestock to crops and even an apiary. Being both young and a mother of a one-year-old daughter in an industry dominated by men isn't easy, but Mugonda believes these barriers create an opportunity to open doors for other women.

In 2018, Mugonda was appointed by Cyril Ramaphosa to a 10-person land reform advisory panel on land expropriation without compensation. She works tirelessly with stakeholders in government and business to help other women gain access to land, mechanisation, and infrastructure. Mugonda's focus is on advocating for innovative agricultural methods and building sustainable agripreneur enterprises, all while teaching critical skills that are needed in the agriculture and food security value chain.

The goal of her projects is for agripreneurs to become more integrated into the agricultural mainstream, leading to an increase in productivity and improvements in agricultural produce quantity and quality. Ultimately, the hope is that this will support local economic growth, job creation, and national food security.

As Mugonda explains, "It's not so easy for many who have had trouble with access to land, machinery, and farming technology. Much of the land women work on is rented or land for subsistence farming that directly services the community—not on an industrial scale. We still need to open these spaces to women. We don't realise it, but even physically, machinery is designed for men, so that needs to change, too. We also need commercial access so that young women can invest in their businesses, families, and futures." 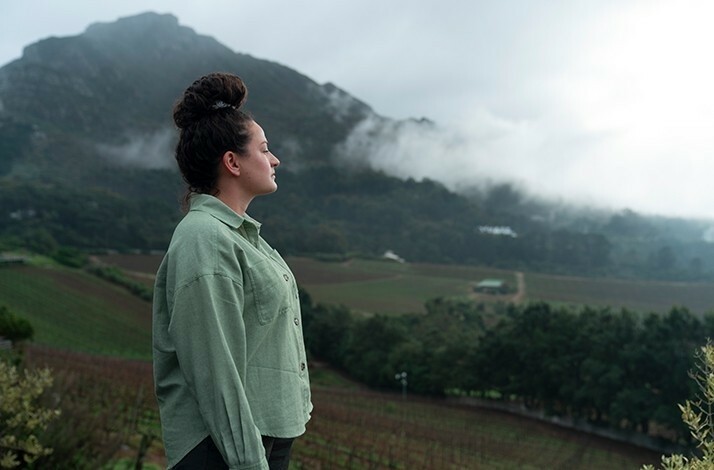 Award-winning viticulturist Megan van der Merwe is a daughter, sister, partner, and the next woman to be highlighted for her stellar work. In her early 30s, she is one of just a handful of South African women producing world-class wines. She has a Bachelor of Science degree in viticulture (grape cultivation) and oenology (the science and study of wine and winemaking) from Stellenbosch University.

As a viticulturist and winemaker at the award-winning Beau Constantia Wine Estate in Cape Town, she is responsible for ensuring that the vines produce the quality and quantity of grapes necessary for their annual wine production requirements. On Beau's steep, unique vineyards, van der Merwe works to attain the purest expression of terroir, knowing that great wines are made in the vineyard. She believes that being sustainable and inclusive while working with the community and creating a dynamic space for all people to enjoy South Africa's extraordinary wines and produce will ensure the local wine industry's future. 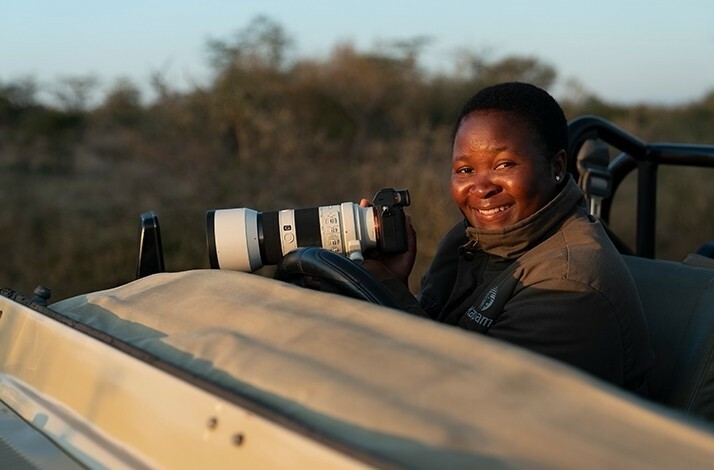 The last talented woman on the list is also the youngest, and that is Queen Manyike, one of the remarkably few female game rangers working in the greater Kruger National Park at the magnificent Kapama Game Reserve. Manyike grew up in a large family in Hoedspruit, where her love of the bush and nature was inspired by her father, who has worked at a nearby reserve for more than 30 years.

During school holidays, Manyike got to attend nature and conservation workshops, and her passion grew. That passion was recognised by the CEO of Eco Children, who encouraged her to pursue a career as a guide, and Mike Kendrick of Wild Shots Outreach, an NPO engaging young people from disadvantaged communities in and around the Kruger area through photography. Kendrick bought Manyike her first camera and laptop to support her efforts.

Manyike is also a member of Girls Who Click, a group of women actively involved in wildlife photography. At the spectacular Kapama Reserve, she takes guests out on game drives in the early mornings and evenings, where she gets to share her knowledge and love of the African bushveld—from the majestic Big Five safari animals to the smallest creatures, integral to a vibrant ecosystem. Entertaining and educating guests provides the opportunity for her to shoot priceless moments, giving those who can't physically get to the picturesque park a chance to see and experience the beauty through her lens.

Manyike is committed to paying it forward, spending time at Eco Children and Wild Shots Outreach to inspire the next generation of women rangers, guides, and wildlife photographers. Manyike is also a mom to a one-year-old daughter. She's grateful to her own mom for taking care of her daughter while she's at work and studying to improve her knowledge and ability to hold higher positions in conservation.

Like Amy Tenney said in her inspirational quote, "The world needs strong women. Women who will lift and build others, who will love and be loved. Women who live bravely, both tender and fierce. Women of indomitable will." As Women's Month arrives in South Africa, you can do your part to help future women leaders have the education, resources, and inspiration they'll need to succeed by donating to the Cape Wine Auction Trust today through this link:
https://mstr.cd/cape_wine_donate