When it launched in 2009, MUCBOOK raised the standard for city magazines by showcasing the artists, writers, and designers that make Munich great. Today, the multifaceted company combines print and design with community events and experiences to create the ultimate hub for creative connections.

The founders of MUCBOOK had grand designs when they launched their local city magazine in 2009, hoping to share what they loved about Munich with both residents and visitors. Driven by a passion for creativity, its journalists fanned out across the city to capture its essence—and found it everywhere from museums and galleries to theatres, restaurants, and the streets itself.

Before long, MUCBOOK's success surpassed its own lofty goals. By 2013, it had been voted "Munich's Best Blog" and was awarded the Isarnetz Blog Award, recognizing its contributions to the city while offering an introduction to an even larger audience.

It became clear that MUCBOOK was more than just a local city magazine—it was an emerging cultural force. Buoyed by its expanding readership, the website would soon grow to include a stylish print magazine, an event series, and, most recently, the MUCBOOK Clubhaus.

The Clubhaus program brings the concept of virtual creative spaces into the physical world with a series of temporary Clubhaus locations throughout Munich. Combining different aspects of sustainability, Clubhaus creates "space for the city without space" by occupying vacant places for short periods—usually just a few months—giving them meaningful interim uses before they're developed or rebuilt. There are currently five Clubhaus pop-ups, each offering businesses, artists, and entrepreneurs a place to come together, network, exchange ideas, and realize their dreams.

The Clubhaus Community enjoys all kinds of benefits, from invites to highly sought-after events to access to free workshops on a variety of topics. The Clubhaus locations support sustainability initiatives, such as clothing swaps and flea markets, and even provide a field embassy for Querfeld, which saves "ugly" fruits and vegetables that would normally end up in the trash. By taking part, each member becomes the co-creator of a unique, sustainable movement in urban design.

Further underscoring its eco-conscious ethos, MUCBOOK publishes Grün & Gloria, an online portal dedicated to the benefits and pleasures of sustainability. Covering topics such as environmental protection, urban planning, health, and lifestyle, it shows how low-impact living isn't just good for the earth—it's good for your well-being.

Despite its growth, the celebration of creativity remains at the heart of the company, and neither distance nor the pandemic could keep it from showcasing Munich's top talents in 2020 and early 2021. A curated series of virtual art tours, gallery visits, artist interviews, and more continue to bring their work to fans wherever they are.

Mastercard cardholders have been treated to some of the best in the form of virtual Priceless experiences. Whether enjoyed as live streams in real-time or after the event as pre-recorded videos, each experience gives viewers an unparalleled perspective on the work of Munich's most innovative creators.

For example, a nighttime tour of the magnificently illuminated Kunstareal between Königsplatz and Theresienstrasse, led by renowned video and light artists WE ARE VIDEO, brings the city to life after dark. Street art enthusiasts can learn from renowned graffiti artist Loomit, who shows off his studio and works-in-progress before taking virtual guests to the Hands Off the Wall festival. 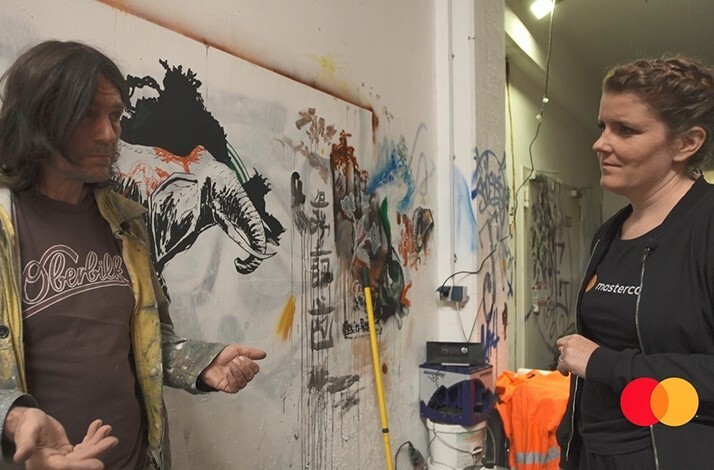 Its first dozen years have been a wild creative journey, but the story of MUCBOOK is still being written. Pay close attention as it chronicles the ongoing creative history of Munich into a future filled with wonder, connection, and inspiration.