Discover how New York-native Ayme Sinclair became a social media savant and founded her own marketing agency, Sinclair Social, after showcasing herself on Instagram succeeding as one of the only Black women in the sport of sailing and gaining 100,000+ followers.

Ayme Sinclair is the proud founder of one of NYC's leading Black-owned marketing agencies, Sinclair Social, known for its work on humanitarian causes like ending poverty, gender equality, and saving the environment. That said, starting her own social media company was hardly part of Sinclair's plan.

It started falling into place five years ago, when she took up a new hobby that wasn't very diverse in its participants. "I started learning how to sail. I fell in love with it and quickly began racing competitively on boats," Sinclair says. "As an African-American, I sometimes was the only brown face in the crowd when we'd show up to compete."

This led Sinclair to start posting her sailing adventures on social media, where she hoped to attract a new audience by highlighting her success in a sport where Black women are rarely seen.

"I started an Instagram account to showcase what I was doing in the hopes of trying to diversify the sport," she recalls. "Fueled by my passion for sailing and my marketing background, I was able to grow my account to over 100,000 followers within a few years."

The amazing growth of her Instagram presence led those who were following her journey to inquire about having her help them with their own social media accounts, and soon enough, she was getting hired to serve her community.

Prior to starting her agency, Sinclair had worked in marketing for 15 years for highly recognizable companies like GQ Magazine, Estée Lauder, Architectural Digest, Henri Bendel, and General Electric, as well as the NFL Players Association. Although she's proud of those accomplishments, it's her new direction with Sinclair Social that she's most passionate about. Some of her current clients include the United Nations, The World Bank Group, and the New York State Senate. 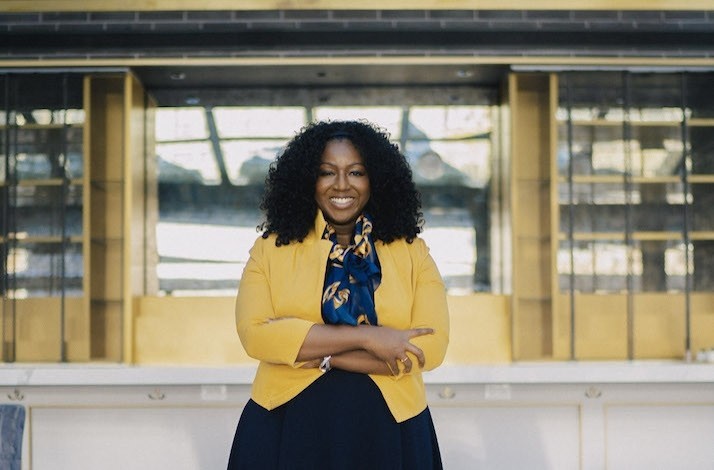 "My life is completely different now," Sinclair says. "Instead of working on projects that help keep another company stacking their own wealth, I'm actually building something that can be a legacy for many generations after me. This idea of building generational wealth is now a real opportunity, and that will completely change not just my life, and my family's, but everyone who lives after me."

She says her business focuses primarily on important social issues and helping people—and that this work offers her a sense of contentment.

"There are heroes who are unsung, and leaders who are building economies and moving communities out of poverty, and no one is helping them tell their stories in a way that can make them reach millions," Sinclair says. "I want to share their work so we can engage with our communities and inspire them."

NYC Small Business Services was instrumental in helping her tell some of those stories. "SBS was a guiding light when I first jumped into entrepreneurship," she says. "You will need to spend a lot of time building relationships if your business has many competitors. It's really hard if you don't have government experience. But SBS took a chance on me, and without that, I probably wouldn't have been able to secure the contract I just signed with the World Bank."

One thing Sinclair loves most about her business is that she gets to work with other changemakers in her native city of New York. "I was born in New York, which gave me a great education on how important it is to hustle," she says. "New York City is a place where if you have a dream and you work hard, you can make it."

It's that New York City attitude that helps inspire Sinclair to do her best: "My customers are all trying to save the world, and that makes me want to work harder," she says. "The more effective I am at my job, the more people they reach—and that's vital."

Ultimately, as the leader of one of the city's Black-owned marketing agencies, Sinclair just wants to find innovative new methods to make a difference, and she knows she's in the right place to do so: "I live in the most diverse city in the world," she says with pride. "It shows me that we can be different and still learn from each other and actually provide more opportunities because our world has opened up to diverse ways to solve problems. I love that."