After a tumultuous upbringing and some serious setbacks, Precious Williams has persevered and found success as a business owner, professional speaker, and champion elevator pitch creator. Hear how she went from an aspiring business owner in debt to where she is today: a nationally recognized pitchmaster with ambitious plans for the future.

Precious Williams understands how much first impressions and hard work matter. As the founder of Perfect Pitches By Precious LLC, Williams teaches women how to communicate better by crafting messages that radiate authority and trust, so that clients and customers become fans for life. Whether she's helping small business owners work out elevator pitches to potential investors for a new product, or training speakers for a pitching competition, Williams combines her communications and storytelling savvy with masterful marketing know-how to generate stellar results.

It all started when her grandparents pseudo-adopted her at 15, from a house where she was "severely abused and abandoned," and began encouraging her to practice public speaking. A year later, Williams was bringing her voice to major events and fundraisers, making a real impact even as a teenager—and her confidence only grew from there. Fast-forward several years to when Williams was trying to launch her first business, Curvy Girlz Lingerie, with limited financial prospects. She went broke and decided to attend a small business awards ceremony in NYC and pitch her idea to producers at MSNBC.

"When I started my first company, I had literally no money to my name and was $400 in debt. No one would help me financially, and many said I was too fat, too Black, and needed an Ivy League degree to succeed. I just knew that they were wrong," she reflects.

Williams' bet on herself proved to be correct: the television producers were so impressed by her story that they brought her onto their show where she was able to pitch and secure investor funds.

On top of that, Williams was encouraged to enter elevator pitch competitions to test her mettle and sharp business skills against other expert communicators. Riding this wave of confidence, she began entering national competitions, where she was able to win 13 out of 14 by pitching Curvy Girlz Lingerie. With each passing victory, she received more and more media attention—and more people asking for her help in making better pitches. And that's how Perfect Pitches by Precious was born. 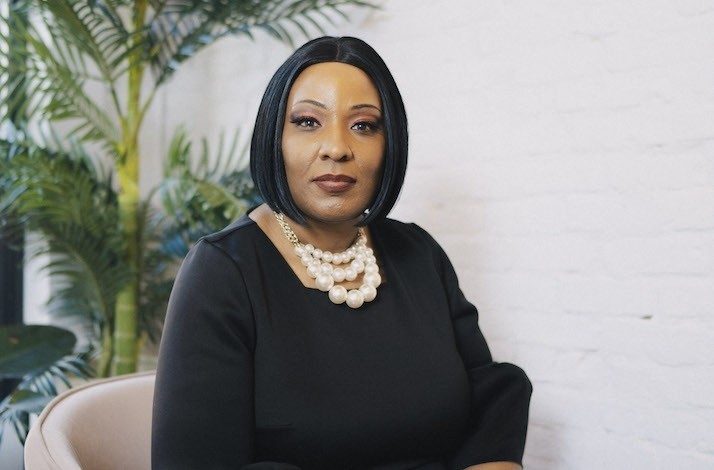 Now, Williams "teaches the art and science of 'killer' pitches and presentations that bring out your 'wow' factor," and she works with executives, entrepreneurs, and public speakers on ways to increase engagement and revenue with better communications. She's also become a pillar of her local NYC community, giving back in a variety of ways. "I help my community by teaching women speaking and pitching skills and teaching LinkedIn strategy to women who are homeless and in transition in nonprofits around the city, all for free," she explains.

Although the pandemic has forced Williams to adapt to a more digital way of doing business, she was able to stabilize her company and keep it growing. Precious utilized NYC Small Business Services (SBS), which supports the development and growth of businesses in New York City to help build upon her strong foundation. She offers virtual training and speaking engagements, I was able to secure more lucrative opportunities with top companies, nonprofits, and foundations," says Williams. Those include NBC Universal, George Washington University, the Federal Reserve Bank, and several mid-sized financial services companies. In addition, Williams has had a slew of clients find success after training with her. Over the course of 8 years, over 60 clients have won elevator pitch competitions like their mentor, several have landed major corporate training contracts, and one pitched successfully on Shark Tank season 12. In fact, Williams has even written two #1 bestselling books on pitching, “Bad Bitches and Power Pitches:  For Women Entrepreneurs and Speakers Only!” and the “Bad Bitches and Power Pitches: The Workbook.” Her third book, “Pitching for Profit:  The Bad Bitches Playbook to Convert Conversations Into Currency” officially debuts on April 13, 2021 and is available for pre-order here.

Now, Williams is focused on achieving even more in the future.

"The ultimate goal of my business is to become the No. 1 pitching, communication skills, and speaker training company in the world—and to provide women globally with the resources to turn their messes into their messages and their despair into their true destiny," she says.

Precious Williams is proud that her story shows that anyone can succeed, even in the face of challenging circumstances, and she's driven to help other women in similar situations find success. "What inspires me is watching women, like me, who almost gave up on life, learn to fly again!" she says. "There is life after failure and mistakes—I am living proof."