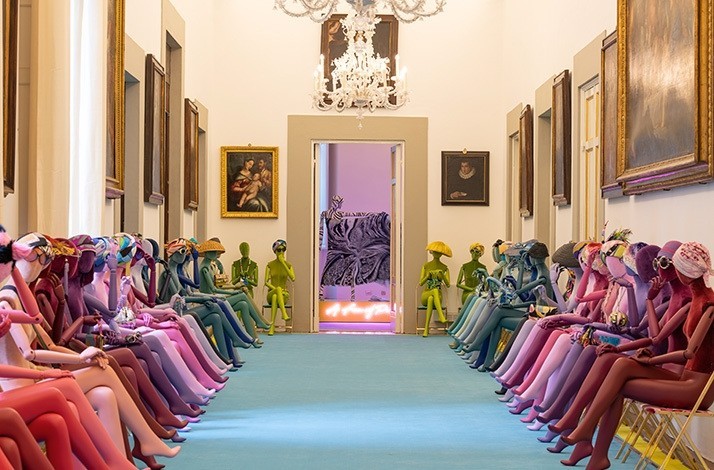 Be enchanted by the colours of Emilio Pucci

Relive some of the most beautiful moments from one of Italy's greatest fashion tales via video. Discover how Emilio Pucci transformed colours into glamour in the fashion world and promoted female emancipation through the introduction of revolutionary garments in the world of women's fashion. Plus, you'll enter the wonders of Palazzo Pucci in Florence and its private archive with storyteller Laudomia Pucci. Retrace the steps that led the Master of colour and prints, Emilio Pucci, to conquer success from Capri to America. Exclusively for Mastercard cardholders.

Gaining exclusive access to Palazzo Pucci from home and hear about authentic tales from an exceptional storyteller.

ABOUT OUR PARTNER LAUDOMIA PUCCI

After graduating at Luiss University Rome with a B.A. in Economics and Politics, Laudomia Pucci worked from 1985 to 1987 with her father as first assistant, and then continued her career from for Hubert de Givenchy in Paris as PM for RTW and ACCESSORIES. Between 1989 and 2000, she was Chief Executive Officer of Emilio Pucci and in 2000, Laudomia negotiated the agreement with LVMH, becoming Deputy Chairman and Image Director of Emilio Pucci. In 2010 she was honoured with the degree of "Chevalier des Arts et des Lettres" by The Frech Culture Minister, Frédéric Mitterand. In 2017 when the Headquarters of Pucci moved to Milano, Laudomia reorganized the premises of Palazzo Pucci and the archives, also opening a private museum and Talent Centre for schools in Granaiolo, the family country estate in Tuscany. She also transformed Palazzo Pucci into a Heritage Hub as an incubator for the archives for future generations.