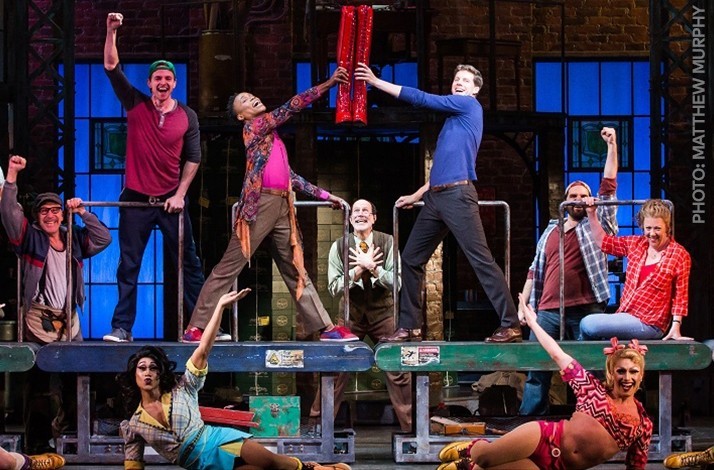 Just because you're at home doesn't mean you can't enjoy a show. The NYC theater community has responded with initiatives and online performances to help support its members and entertain audiences via the internet while we're staying away from crowds.

Though experiences may change from time to time, see below for some recent virtual offerings sure to delight and entertain. For additional virtual offerings and the most up-to-date information, please browse the listings at nycgo.com.

Starting in 2015, this online service began offering HD versions of classic and recent Broadway plays and musicals. You can try it out for free (with a one-week trial) or buy a subscription (from $9 a month) to watch some of your favorite shows. You can see stars like Katherine Hepburn in 1973’s televised version of The Glass Menagerie as well as musical hits like Kinky Boots, An American in Paris and Cats.

Stars in the House

Broadway actor, director and writer (and radio host) Seth Rudetsky and his husband, producer James Wesley, host two shows a day from their house on YouTube. The hourlong shows, which air live at 2pm and 8pm (the usual Broadway start times), raise money for the Actors Fund, helping to provide emergency relief for those unemployed in the theater community.

This West Village bar, known for sing-alongs to Broadway show tunes, has taken the experience online. They’re streaming two main sets of songs each evening, usually starting at 4pm, with different pianists tickling the ivories. To watch, join their Facebook group and tune in to “Sing out, Louise” (in the comfort of your own living room). You can also tip the piano players via Venmo or PayPal, with details during each performance.

In December 2019, the Lincoln Center Library for the Performing Arts opened an exhibit on the late Harold Prince, the legendary Broadway producer behind megahits like The Phantom of the Opera and Sweeney Todd. While the library is closed, you can take a virtual walk-through and 30-minute guided tour of the gallery with Doug Reside, the show’s curator.

The Broadway Dreams Foundation is hosting free daily lessons, led by some accomplished Broadway-caliber talent, for aspiring actors, singers and dancers. Their lineup has included actors from Frozen, Head Over Heels and Chicago. To watch, get the Zoom link from their Facebook page. Sessions begin at 1pm; each day’s links are posted five minutes before class begins, though the schedule is listed earlier than that.

Every year, the 24 Hour Plays event presents a series of shows that are written, cast, directed and performed in one day with the involvement of talent from the NYC theater community. Now they’re doing a mini version, with online monologues, on their Instagram account. They’re performed by actors like Denis O’Hare and penned by playwrights like David Lindsay-Abaire.