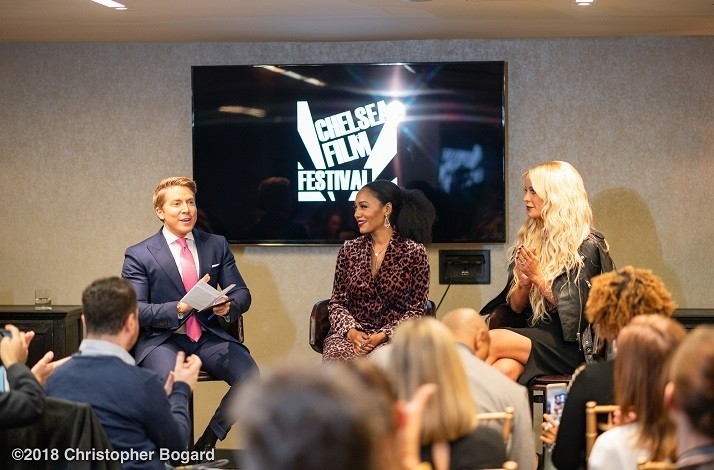 Meet with powerful women at the Chelsea Film Festival

Attend the Women in Power panel, meet and pose for a photo with the featured speakers.

Mix and mingle with the entertainment industry's most influential women during the "Women in Power" panel at the Chelsea Film Festival. Before the event begins, you'll head backstage to the celebrity private suite, where you'll meet the featured speakers and pose for a photo. Then, you'll attend the panel and hear what they have to say on the topic of "Women in the Entertainment Industry: How Did They Get to the Top?" Continue the conversation over a delicious lunch, attended by guests ranging from filmmakers and actors to directors and producers. Exclusively for Mastercard® cardholders.

Becoming inspired by influential women in the entertainment industry.