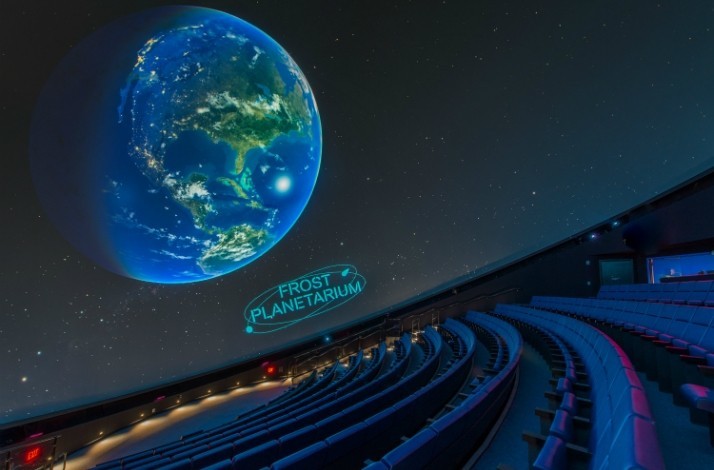 Enjoy all-day museum entry, a laser show, and embark on a trip through outer space after hours.

Blast off into outer space with family and friends during a private, after-hours planetarium show at the Phillip and Patricia Frost Museum of Science. Your group will gain after-hours access to the museum's renowned planetarium for an eye-opening 360-degree tour around the universe, not offered to the public. During this private session with Frost Science's astronomy educator, explore and learn about the Sun, Neptune, Pluto and beyond. Afterwards, delight in a laser light show set to your favorite pop songs. Exclusively for Mastercard cardholders.

Exploring outer space during a private planetarium show after museum hours with your family and friends.